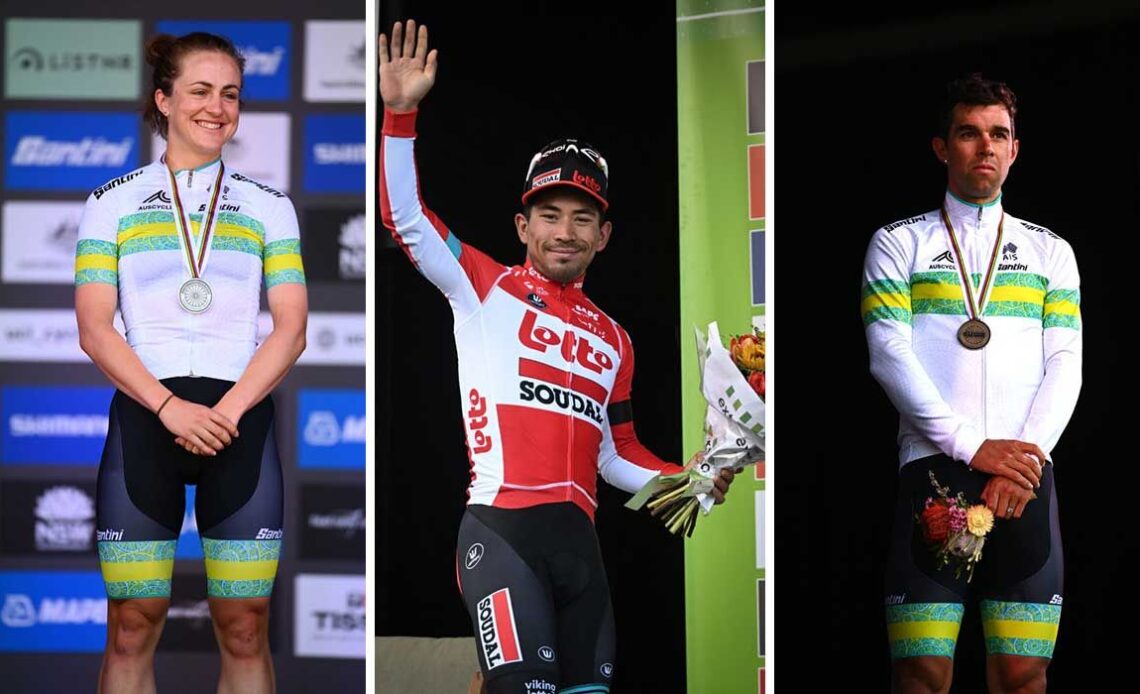 The conditions are set for a memorable weekend of road races at the AusCycling National Championships this year, with a stacked field and hot conditions that will test just how well the returning European-based professionals have made the transition to the summer conditions.

The past two years, the battles for the green and gold jersey have still been hard fought, but with only a handful of European-based professionals coming out, the ferocity is set to step up a notch in 2023, with the borders re-opened and the COVID-19 international hiatus coming to an end. It’s looking like one of the most competitive fields in years, but it is also an incredibly diverse lineup of riders, from sprinters to climbers and GC contenders.

That range of skill sets and the impact of the heat makes the way the race will play out on the course, which has the climb of Mount Buninyong Road as its central feature, this means that the racing is an entirely unpredictable beast given the number of riders with different skill sets that we haven’t seen at the event for quite some time.

Still, from among the myriad of options, we’ve identified ten riders from among the elite field to watch for on Sunday as the women set out for 9 laps of the 11.6km course to race 104.4km and the men take on 16 laps for 185.6km.

Grace Brown has repeatedly been oh so close to taking the national title in the road race the last three years, and while she has stepped into green and gold in the time trial, she’s had to resign herself to the bottom two steps of the podium in Buninyong, so far at least. The 30-year-old will be without any teammates this year, but that’s where her time-trialling strength will help – if anyone has the ability to sustain a break while riding out the front solo, it is Brown, and she also has finely tuned the art of knowing exactly when it is the right time to jump. We haven’t been given any indication of her recent form, with the rider not at Bay Crits this year and her last race being the World Championships in Wollongong in September. Though, with her second place there in the time trial, her building strength as her years in the peloton progress is clear.

Amanda Spratt has already claimed the elite road race title three times, the last time in 2020, which was also her most recent appearance at the event. She is returning under…