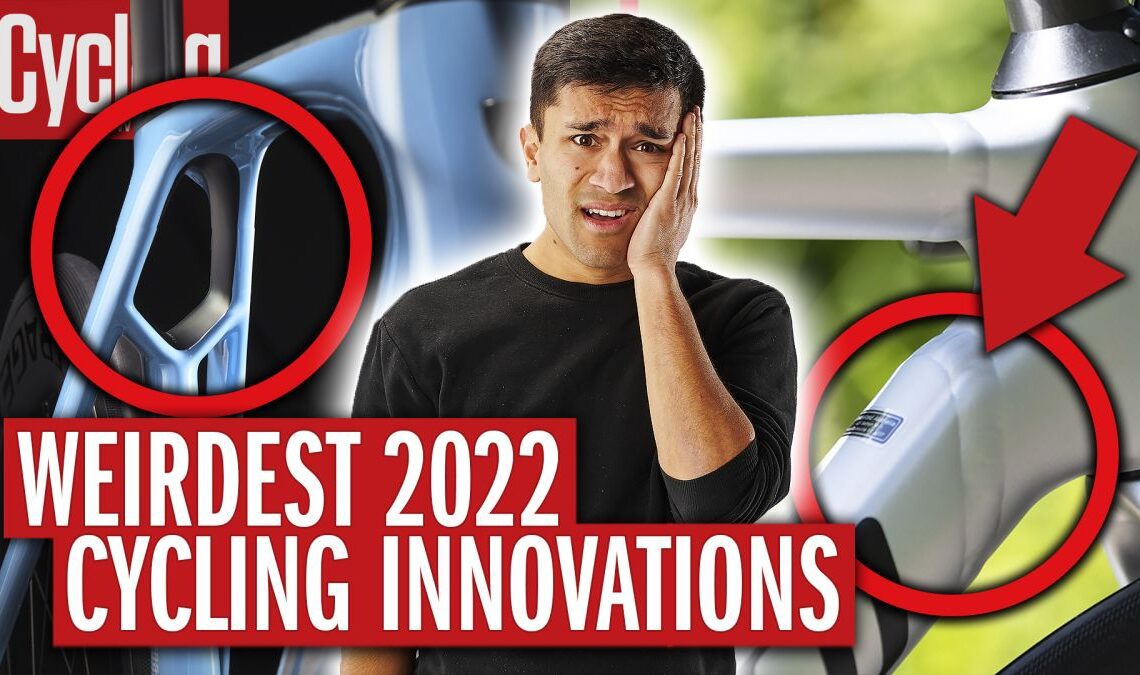 This past year brought us some of the most cutting edge bikes imaginable as brands continued to push the envelope in search of cycling perfection.

We had aero bikes with holes in, featherlight gravel machines and electric road bikes indistinguishable from their acoustic counterparts.

However, in some cases have these brands been pushing said envelope in the wrong direction?

Taking a glance at our YouTube channel comments section would leave us to believe that at times you’d prefer the engineers to keep their thinking well and truly inside the box.

But the cycling world has rarely stood still and the quest for faster, lighter, more efficient products has given us some truly revolutionary moments – as well as few raised eyebrows too.  So in a nod to cycling creativity here are some of the weirdest innovations that have landed on the market this past year.

The start of the year saw us welcome the newest member of the Cannondale family, the Synapse, with SmartSense.

The SmartSense system sees the integration of lights into the bike with the option to also have a Garmin Varia radar built in too. The result is a single battery pack for all components, Lezyne lights specific to the platform and of course the associated cables and mounts.

When we covered the Synapse launch, as well as getting in a first ride, our comments section lit up like a Christmas. And it’s fair to say the consensus regarding SmartSense was that it well and truly missed the mark.

The common critiques were that the lights and battery pack were ugly, the lack of interchangeability of lights was a concern and that the lights were simply not bright enough. You also did not like the fact that you were being forced into buying extra lights which you may already own and thus inflating the cost of a bike in a market where bikes are already facing price hikes. There were plenty of other things you had to say about the system but these seemed to be the most common complaints.

Since the launch of SmartSense, Cannondale has only included the system on one other bike, that being the Topstone, but given the investment that will have gone into the system I’m sure it won’t be long until it spreading to other models.

For a lot of riders out there SmartSense certainly wasn’t a bad thing at all as the bike appears to be sold out in multiple sizes on a number of retailer websites. Perhaps the early adopters will pioneer the…