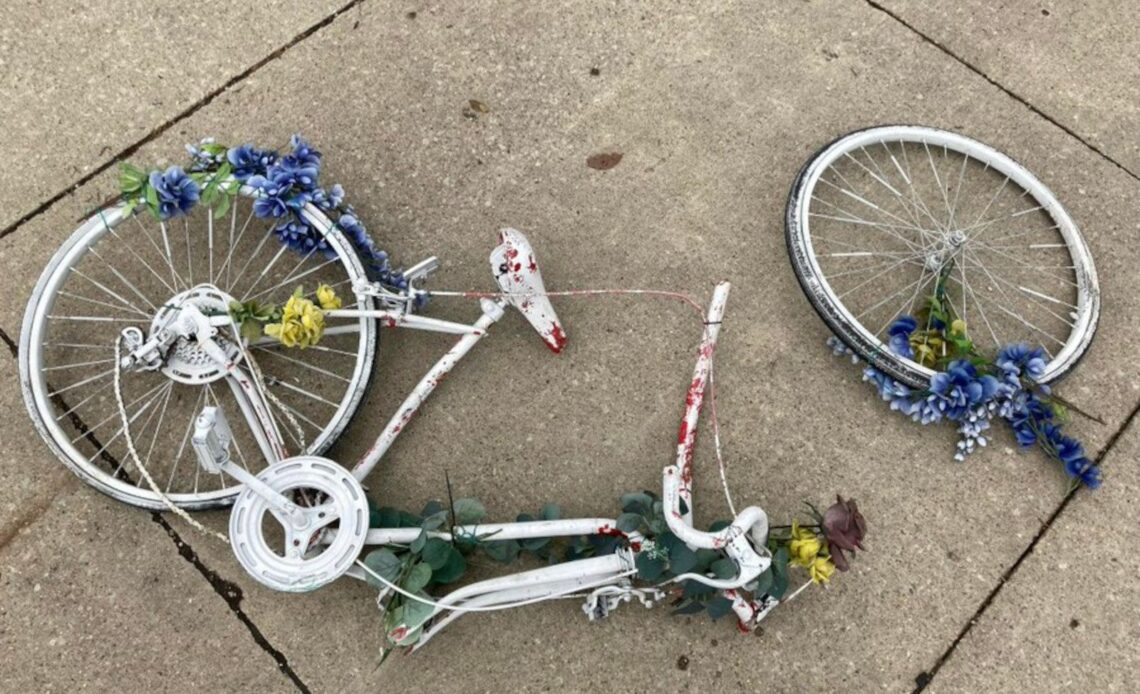 On Dec. 11 a motorist ran into a ghost bike memorial in Chicago and many couldn’t help but discuss the symbolism. It represented the dangers cyclists endure every day as vulnerable road users.

The ghost bike memorial was for Gerardo Marciales, 41 who was killed by a motorist in February of 2022. A tribute to the rider was erected at the same spot where he died as a reminder of an unnecessary death. Ghost bike memorials are created to both honour the fallen rider, and hopefully remind motorists to slow down and pay attention to cyclists.

Marciales was killed when the motorist went through a red light and proceeded straight in a turning lane.

Cyclists in Chicago were dismayed when a second driver then smashed through the tribute to Marciales. According to the twitter account, Bike Lane Uprising, the driver that hit the ghost bike told police they were avoiding other cars. The problem is–there were none as the video footage below shows.

While the driver told police he crashed to avoid other vehicles, the ***multiple camera views*** show no other vehicles were near him as he drove up onto the median and crashed. 3/- pic.twitter.com/K5n0o6gmIv

To make matters, worse, the ruined bike memorial isn’t even mentioned in the police report.

According to Bike Lane Uprising, the police report stated the driver was distracted, which means the driver could have killed multiple people in a variety of locations at this intersection.
The driver, 26, was later cited for “disobeying lane markings.”