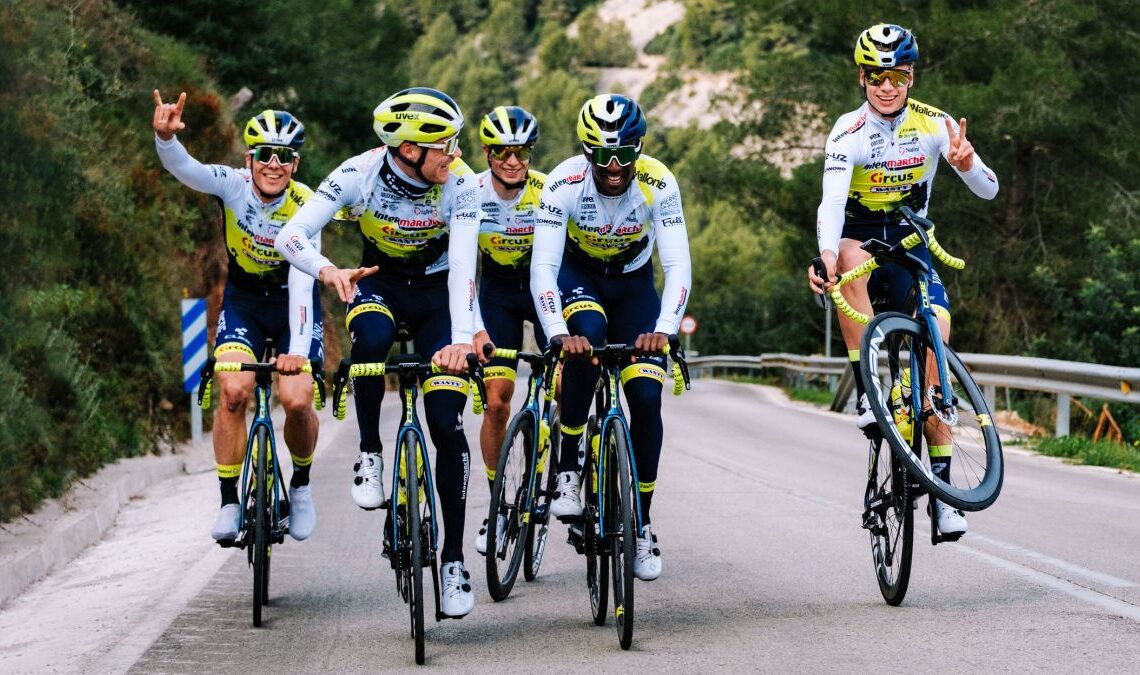 There may have seemed to be little call for it given their performance last season, but Belgian squad Intermarché-Circus-Wanty have undergone an overhaul since the end of the 2022 campaign.

Yes, their kits have been switched up from the workmanlike white front, coloured sleeves combo to a neon and navy paint splat number, but there have been plenty of new faces at their pre-season training camp, too.

They have some major boots to fill, with Classics co-leader and Scheldeprijs champion Alexander Kristoff heading the outgoing list over the winter. Jan Hirt, who won a Giro d’Italia stage en route to sixth overall and also took the Tour of Oman, left to help Remco Evenepoel at Soudal-QuickStep.

Quinten Hermans enjoyed a breakthrough season with a Liège-Bastogne-Liège podium spot but had agreed on a move to Alpecin-Deceuninck well before his controversial Tour de France non-selection. 40-year-old Domenico Pozzovivo, meanwhile, is surprisingly still without a team despite yet another Giro top-10 finish.

Looking through the names and their accompanying palmarès of late, it’s hard to argue that Intermarché’s squad isn’t weaker than the one which ranked as the fifth-best in the world at last season’s end.

However, despite the changes, a number of key riders remain on board – Lorenzo Rota, who was close to a Giro win in Genoa and scored several good results at lower levels; a resurgent Louis Meintjes, he of a Tour seventh place and a Vuelta stage win; Tour de Pologne stage winner Gerben Thijssen; and 2021 Giro stage winner Taco van der Hoorn, to name a few.

The squad’s focal point, leader, and star, though, is Biniam Girmay. The Eritrean 23-year-old soared in 2022, beating Mathieu van der Poel to win in the Giro d’Italia in Jesi having earlier broken through as the first black African to win a Classic at Gent-Wevelgem.

He swiftly agreed to a new four-year deal at the end of the Classics season, and the team is now all-in on their new star, who kicks off his season as he did last year with the Challenge Mallorca.