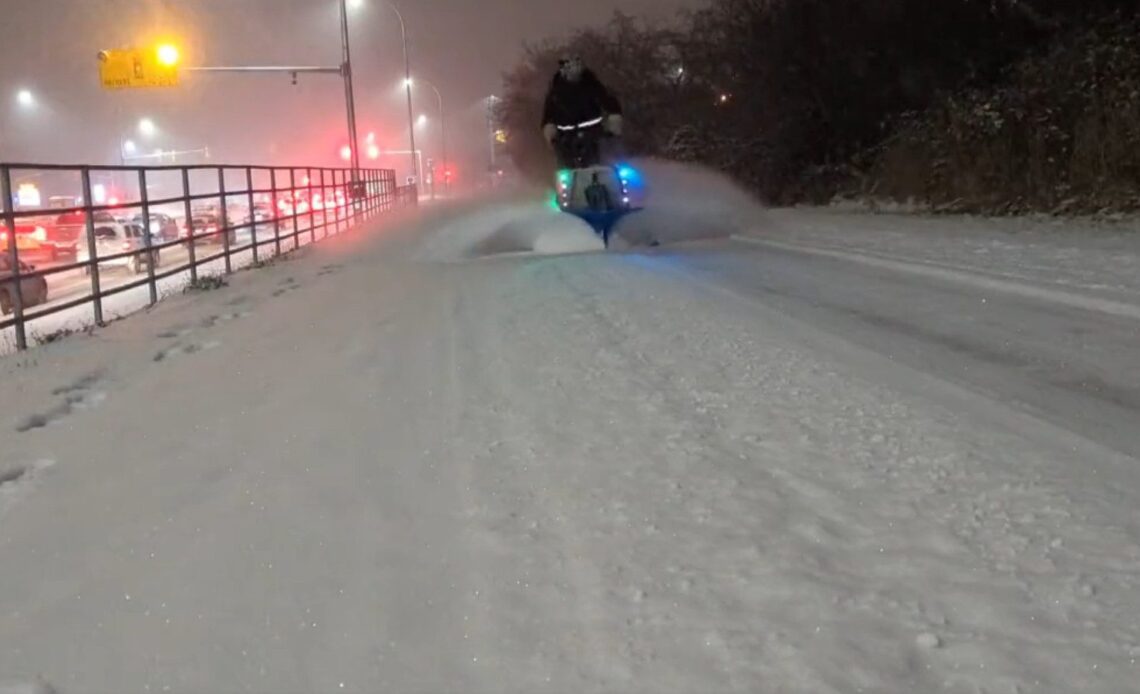 There’s been a huge snowfall in parts of British Columbia that has left people scrambling to get around due to a lack of snow removal equipment. For good reason, of course, as places like Victoria and Vancouver rarely got snowfalls like in other parts of Canada. On Vancouver island and Vancouver, roads, sidewalks and bike paths were left with a pile of white stuff as city crews did their best with limited resources.

Phil Marciniak lives from Saanich, just north of Victoria, and decided to take matters into his own hands. He added a plow to his electric cargo bike and went to town. Literally.

Marciniak macgyvered a pair of shovels to his bike, and after a few adjustments, was off. His main motivation? He craved some Vietnamese food, according to a CBC report. Seeing as many of the roads and paths were still full of snow, he figured he’d have a shot if he could clear them himself.

“It works pretty well, I’m surprised,” he said on CBC News on Tuesday.

Check out his homemade bike plow below.