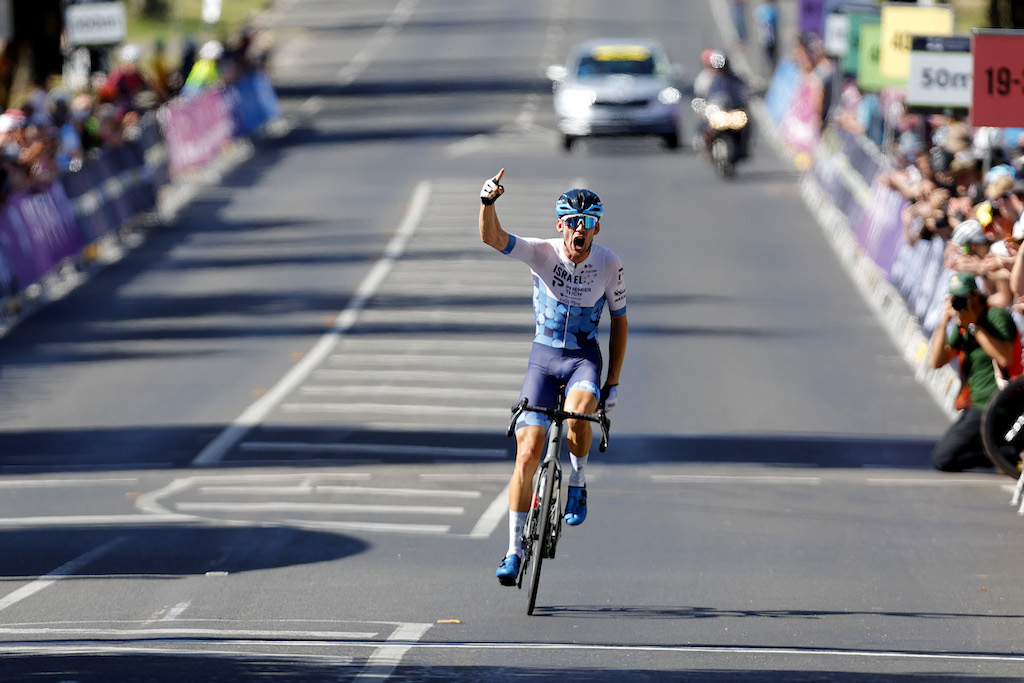 Alastair MacKellar (Israel Cycling Academy) swept up a solo victory in the men’s U23 road race at the AusCycling Road National Championships on Saturday, with the 20 year old using the second last lap of the race to catch the longstanding break and then the final one to forge out ahead alone.

“I’ve been here for five years and I’ve been dreaming of this for five years,” MacKellar said. “To be able to come in and win and solo and enjoy the last 200 metres was a dream come true for me.”

It was more than a minute after MacKellar crossed the line, that the next group of riders hurtled toward the line, with a tight three way sprint to decide the remaining two podium spots.

Brady Gilmore (ARA Skip Capital) – who had initially been part of MacKellar’s three man attack from the peloton – secured second. It was third for the rider who had done so much work to keep the break away, Alex Bogna (Alpecin-Deceuninck). James Panizza (Team BridgeLane), who also had been out in the break much of the race, had to settle for fourth, getting so close to the podium with his unrelenting effort to hold firm at the front.

The race played out on the regular home to the Australian Road National Championships, an 11.6km circuit including the climb of Mount Buninyong Road. The U23 men took on 12 laps, for 139km of racing over more than three and a half hours, on a sunny 28°C afternoon.

The first big move of the day came in the 3rd lap of of the race as Malachi Covington (Gallina Ecotek Lucchini Colosio) went out alone early, and Ryley Collett (Cycling Development Foundation) set off in pursuit settling in the middle. However, ultimately both were swept back up and on the fifth lap the peloton was pulled apart on the climb. A big group formed out the front, first nine strong and then 12 as three riders bridged the gap.