All the 2023 kits: Cofidis and Movistar share their new designs 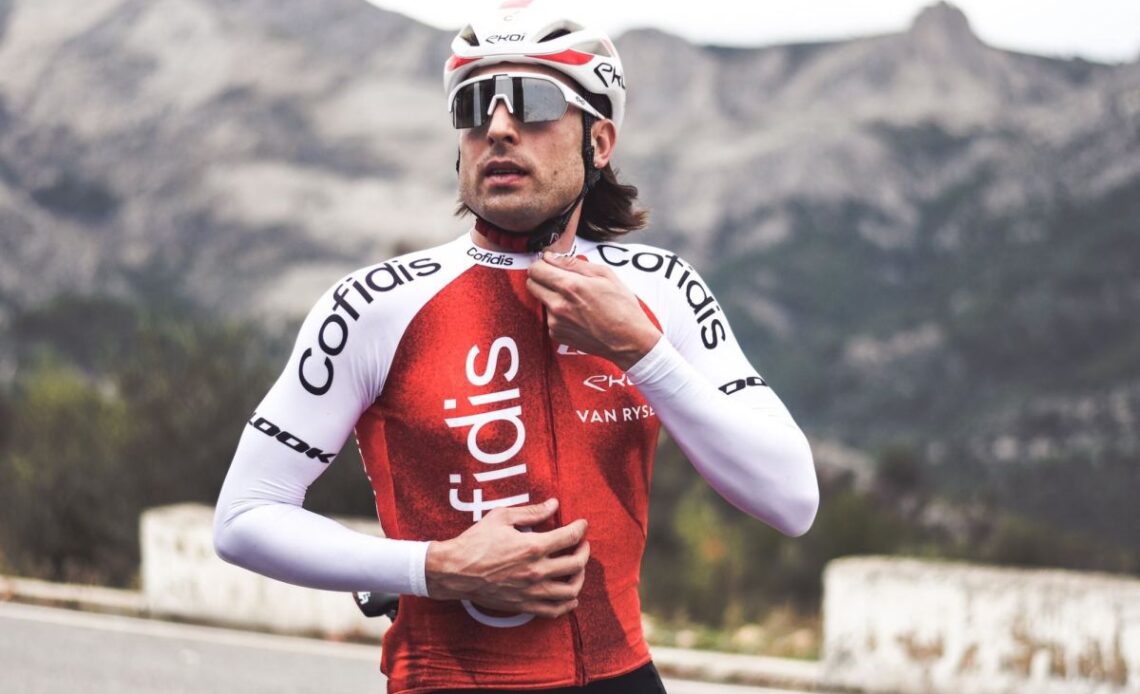 Teams have begun to share their kit designs for the 2023 season through the off season. There are just a few days until we make it to the new year, but there are still a lot of jerseys to be uncovered.

Intermarché-Circus-Wanty, the artist formerly known as Intermarché-Wanty-Gobert, released its new jersey on Christmas Day, which is surely the best present any of us receieved.

Human Powered Health released its kits for both women and men on Boxing Boxing Day, or the 27 December to the rest of us. Same colours, but a bit different.

In the run up to the big day, Lotto-Dstny, Jumbo-Visma and Ineos Grenadiers all released their kits, with some continuation and other startling changes.

Lotto’s kit reflects the team’s new sponsors, with blue and orange given pride of place; Jumbo continue with its tried-and-tested yellow and black colours, while Ineos Grenadiers went wild and changed to red and orange.

Astana-Qazaqstan’s jersey is barely changed, with the now familiar light blue fading into navy down the chest.

With new sponsors Soudal coming aboard, Soudal Quick-Step have a bit more red on their kit than before, while Israel-Premier Tech’s kit is not dissimilar to the one they wore at the Tour de France last year. UAE Team ADQ, meanwhile, stick with largely the same colour scheme of violet, orange and red, but in a new configuration.

Groupama-FDJ’s new jersey sees the team completely overhaul their previous colours, with their new jersey featuring multiple shades of dark blue instead of their previous mainly all-white design. The jersey also features an eye-catching zip in the colours of the French national team.

Bora-Hansgrohe have shared their new Le Col kit which has largely retained last year’s design in which Jai Hindley rode to victory in the Giro d’Italia.

Bahrain Victorious’ new kit is largely similar to the previous design manufactured by Alé, but with flashes of black added to the main body and light blue and a zig zagged design on the rear.

UAE Team Emirates has switched kit suppliers for the new season, with Italian brand Pissei taking over from their previous kit provider Gobik.

The team’s new kit provider will be making their debut on the WorldTour, but the Tuscany-based company has worked on a design that follows a similar pattern to the UAE kit of previous years.

Meanwhile, Trek-Segafredo has released new kit designs for both its men’s and women’s teams, with both sharing a similar design. Santini will continue as the team’s kit…