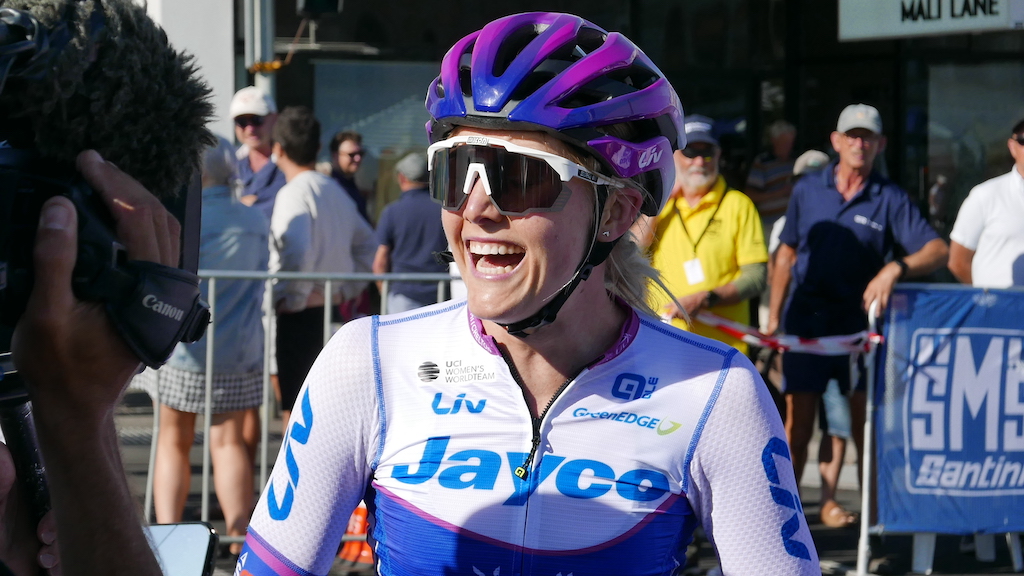 Amber Pate (Jayco AlUla) opened her professional cycling career and the elite women’s racing at the 2023 AusCycling Road National Championships with a victory, taking out the criterium title after launching off the front with one lap to go.

Pate had taken flight with Tilly Field (Roxsolt Liv SRAM) as the race in the heart of Ballarat ticked into its final phase, and even though she wasn’t expecting to be at the front at this crucial stage,played her hand to perfection, holding off the charging field to claim the green and gold jersey while teammate Alex Manly leapt out of the field to snatch second ahead of Field.

“It is really unexpected, it was a big shock and I was shocked even coming toward that finish line, I couldn’t believe it,” a jubilant Pate said, having come into the race to play a support role for her new teammates.

The criterium in central Ballarat, with 35 laps of the 1.1km course, was last year won by Pate’s teammate Ruby Roseman-Gannon, who was then also in her first year with the team, making it two in a row for the team’s neo-pro’s.

The 2020 winner Chloe Hosking, racing for Roxsolt Liv SRAM, finished just off the podium while Lucinda Stewart (ARA Skip Capital) in fifth was the first U23 rider across the line, claiming the U23 title in the combined race.