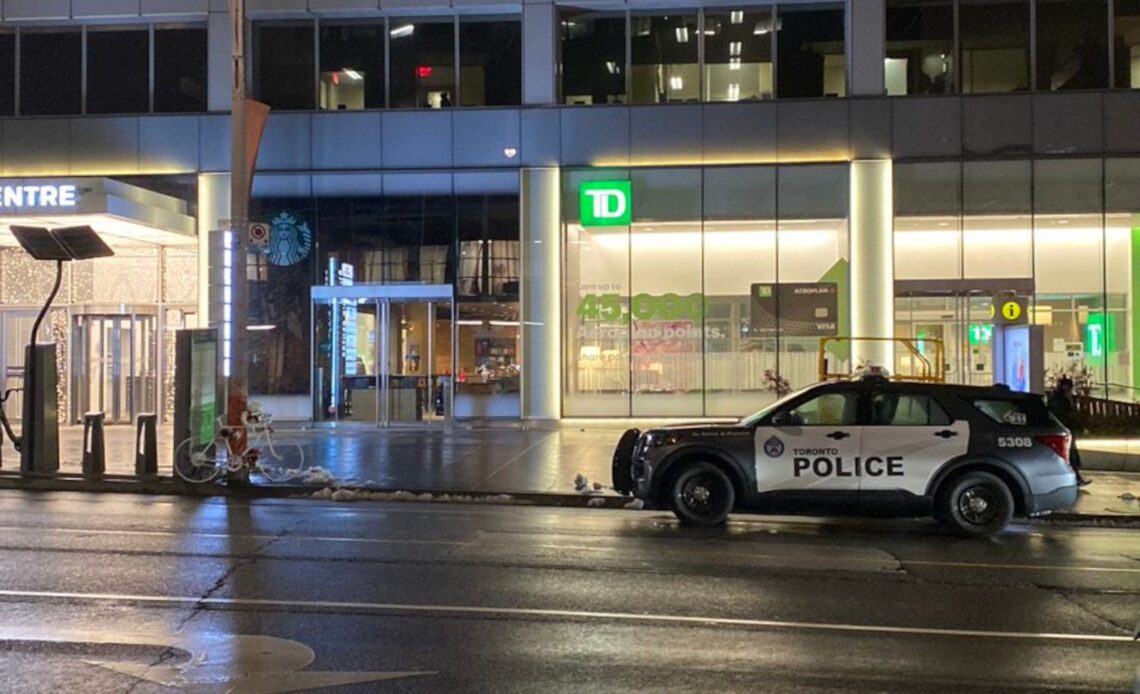 There’s been another spotting of a police officer parked in a bike just a meter away from Kartik Saini’s ghost bike memorial. Whether or not the cop was responding to an emergency or getting snacks is not known. When responding to emergencies the officer’s cruisers will usually have its lights flashing, and that doesn’t seem to be the case.

On Dec. 9, just ten days after 20–year-old Kartik Saini was killed by a motorist, a copy was also seen parked in the bike lane. David Shellnutt, also known as The Biking Lawyer, reached out to Toronto Police Services to ask why the officer was parked there. Some locals had said that they often see police officers parked in the area to get coffee. Shellnutt ask to confirm whether the officer was responding to an emergency or getting coffee. “At such a significant place honouring a killed cyclist, Kartik Saini, we remind Toronto Police and the public that parking in bike lanes is illegal/dangerous. Please do reach out to us to set the record straight if we’ve got this completely wrong,” Shellnutt added. TPS did not respond.

On Friday night, Lukas @lukasbutwithak tweeted a photo of a police cruiser in almost the exact same spot. It’s of course perfectly within reason, and legal, for a cop or any other emergency services vehicle to park in a bike lane, it is unclear if that was the case.

Cars parked in bike lanes create a very dangerous situation for cyclists, especially at night, as it forces a rider into traffic. Ticketing officers do their best to fine delivery trucks or cars parked in them, but the problem doesn’t seem to be going away.

The driver that killed Saini was ultimately charged with one count of careless driving causing death, one count of turning not in safety, and one count of proceeding contrary to a sign.