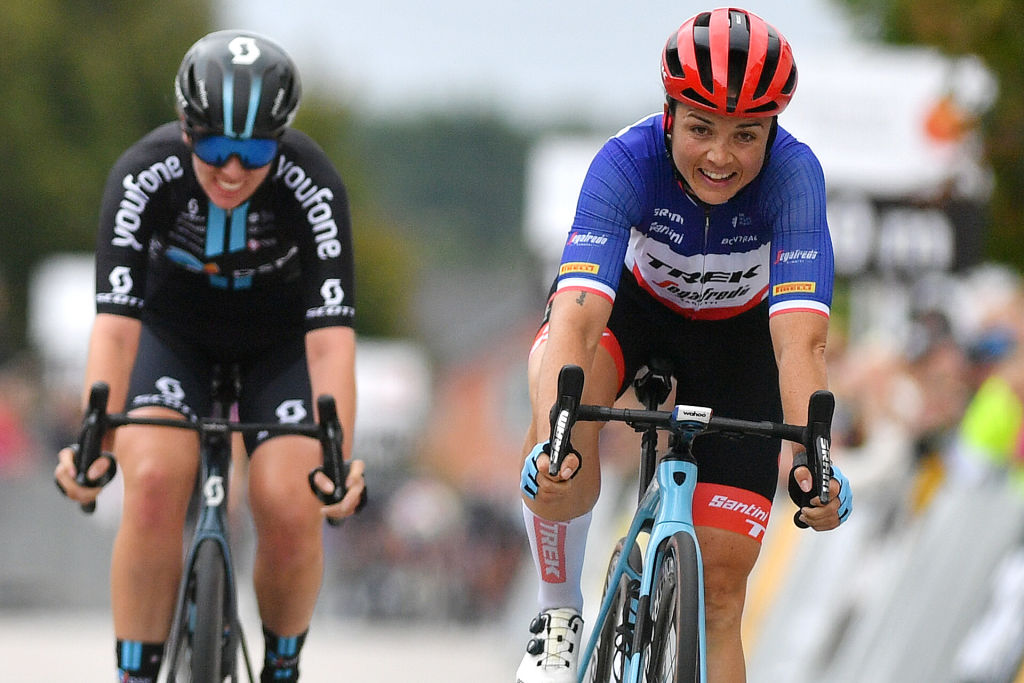 Audrey Cordon-Ragot will ride for the new Zaaf Cycling Team in 2022 following the collapse of the planned B&B Hotels women’s team.

Zaaf Cycling Team named a number of riders who had been linked with B&B Hotels in the 15-strong roster it announced on Tuesday morning. Cordon-Ragot will be joined at Zaaf by her fellow Frenchwoman Lucie Jounier, Canadian champion Maggie Coles-Lyster, Heidi Franz, Michaela Drummond and Elizabeth Stannard.

Cordon-Ragot spent four years at Trek-Segafredo before departing the team at the end of the 2022 season in order to headline the planned new B&B Hotels women’s team alongside Chloe Hosking and Olympic champion Anna Kiesenhofer.

In July, Jérôme Pineau announced that he had reached an agreement the City of Paris as he outlined plans to expand the men’s squad that he started in 2018 to incorporate a women’s team and a development team.

Mark Cavendish was heavily linked with a move to the men’s team, while the French champion Cordon-Ragot – who recovered from a stroke suffered ahead of the World Championships – was the marquee name at the planned women’s team.

After mounting speculation, Pineau last week confirmed that he would be unable to run a team in 2023 due a lack of sponsorship, leaving riders from both the men’s and women’s squads to seek contracts elsewhere at short notice.

Cordon-Ragot, who also won Postnord Vårgårda WestSweden in 2022, will now compete for the new Zaaf Cycling Team, based in Barcelona and named in honour of the Algerian cyclist Abdel-Kader Zaaf, who participated in four Tours de France, most famously on the tumultuous stage to Nîmes in 1950, which was ultimately won by his compatriot Marcel Molinès.