Bogaerts: Pidcock’s cross dedication now will make the difference in the Classics 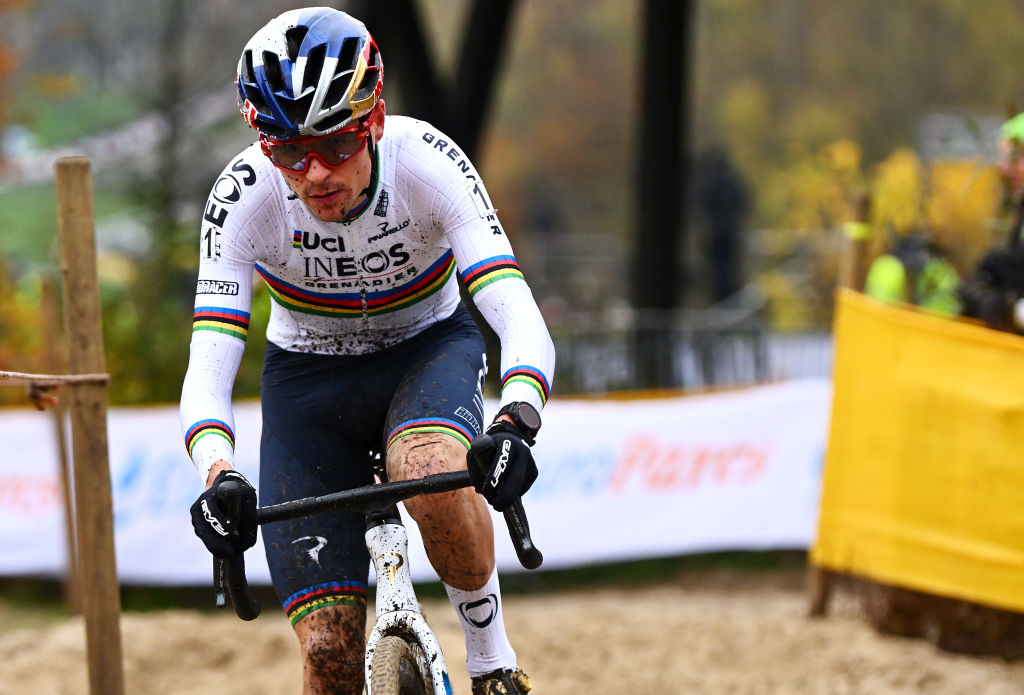 Tom Pidcock’s coach Kurt Bogaerts has said a busy few weeks are in store for the British rider, with an intense focus on cyclocross being taken with a longer-term view to hitting top form for the Classics.

However, Pidcock and Bogaerts remain undecided about the defence of his cyclocross world title, echoing earlier sentiments in deeming participation there very unlikely while not ruling it out entirely.

“I think this year, the Classics are more important,” Bogaerts told Cyclingnews at Sunday’s Dublin round of the UCI’s cyclocross World Cup. “We try to make sure that he goes fresh and with the right shape into the Classics.

A winner at the Boom round of the Superprestige competition and at the Kortrijk C2 race plus runner-up at the Overijse World Cup, Bogaerts believes Pidcock’s form is on a gradual upward trend, although he said it is difficult to put an exact figure on where things are at the moment. The Ineos Grenadiers rider was third in Dublin on a flat, fast course that didn’t play to his strengths.

Pidcock joked afterwards to reporters that he would like to see a rule introduced preventing the use of sand pits in cross events.

One complication in gauging his current form is that, unlike some of his rivals, he has a big focus on goals after the ‘cross season and is working hard throughout this period rather than tapering for events.

“We are doing quite a normal training in the week and not really coming in fresh for races,” Bogaerts explained. “So we see it like as a general block of training with some nice racing in the weekend.”

That bigger-picture focus sees Pidcock join the rest of the Ineos Grenadiers riders this week at a training camp in Mallorca. His teammates have been following a lower-key build-up to the season without competition, building more steadily towards the new year.

“At training camp, especially in December, everyone is doing more steady efforts, doing longer efforts,” the 23-year-old told journalists in Dublin. “It’s not really intense. But actually, those efforts are kind of hard when you are in cross shape because you’re very explosive but not consistent.

“I do a little bit different training, but it’ll be nice to go and see everyone again. I just hope…