Brodie Chapman: Going back to an Australian summer where the stars aligned 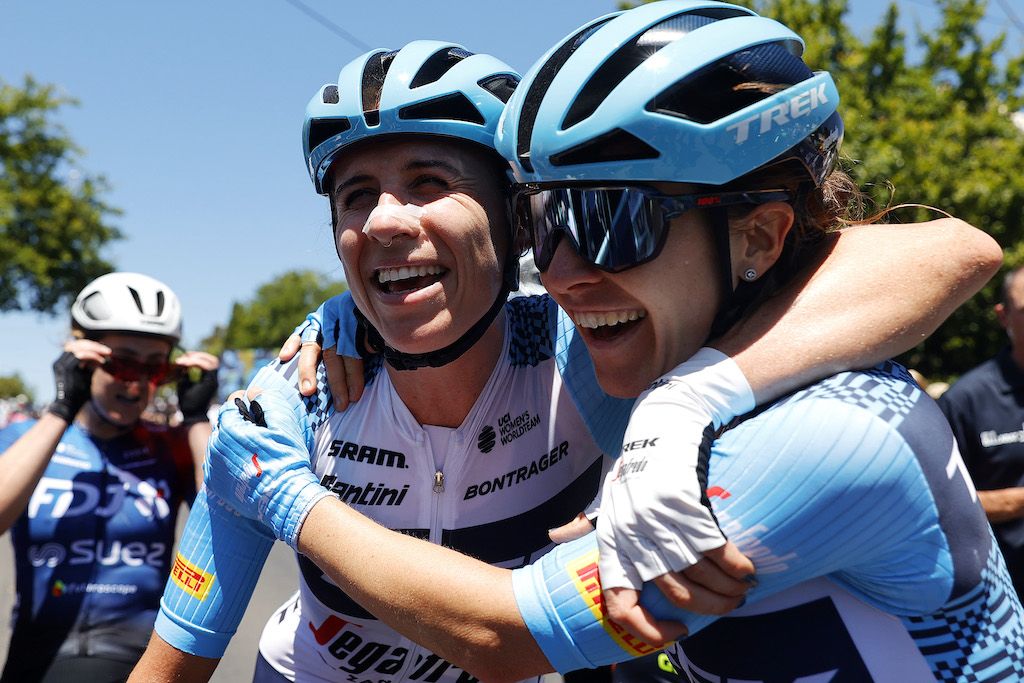 Five years ago, when Brodie Chapman was at the Santos Tour Down Under she was  turning left as she came in the door of the Hilton Hotel, which serves as race headquarters in Adelaide, heading for the media room and watching those in the professional ranks going straight toward the elevators instead  with a degree of awe.

“I remember seeing all the riders come in and out and just admiring the small thing, like they have track pants that say the team name on them and I’d think ‘that’s so cool’,” Chapman told Cyclingnews as she looked back on what turned out to be a pivotal race for her, event though it was an edition where she didn’t pin on a number.

Jump forward from that day to 2023 and she’s now walking into the race among the favourites list and with the name of one of the world’s top cycling teams emblazoned on the new Australian champion’s jersey on her back.

“Now that I’m here in it, I have to remember how much I appreciated those little things,” said Chapman. “It’s not lost on me how awesome it is. But, I definitely feel like I worked hard to get to where I am.”

That early hard work started to pay dividends when Chapman made a mark too big to ignore at the Australian Road National Championships that year of 2018. She came sixth in the elite/U23 road race with a gritty ride, where her determination, and ability to go toe to toe with some of the best riders in the world, was clearly on display. That meant that as she came to Adelaide for her work producing content on the race an opportunity on the bike was also brewing.

“I spoke to Brad McGee (then a key figure in the Cycling Australia road programme) and he effectively let me tell my story,” said Chapman looking back on a meeting which had her excitedly sweeping back into the media room with a big grin on her face and an air of excitement in her step.

“The stars aligned that summer.”

Those discussions with McGee led to Chapman securing a spot in the national team to race at the women’s elite event at the Cadel Evans Great Ocean Road Race, where Chapman ended up coming fifteenth, and the Herald Sun Tour. That ended up being a race that put her on the map well beyond Australia.

It was a two stage race with day one delivering a solid climb that topped out around 20km from the Healesville finish line, but with only the…