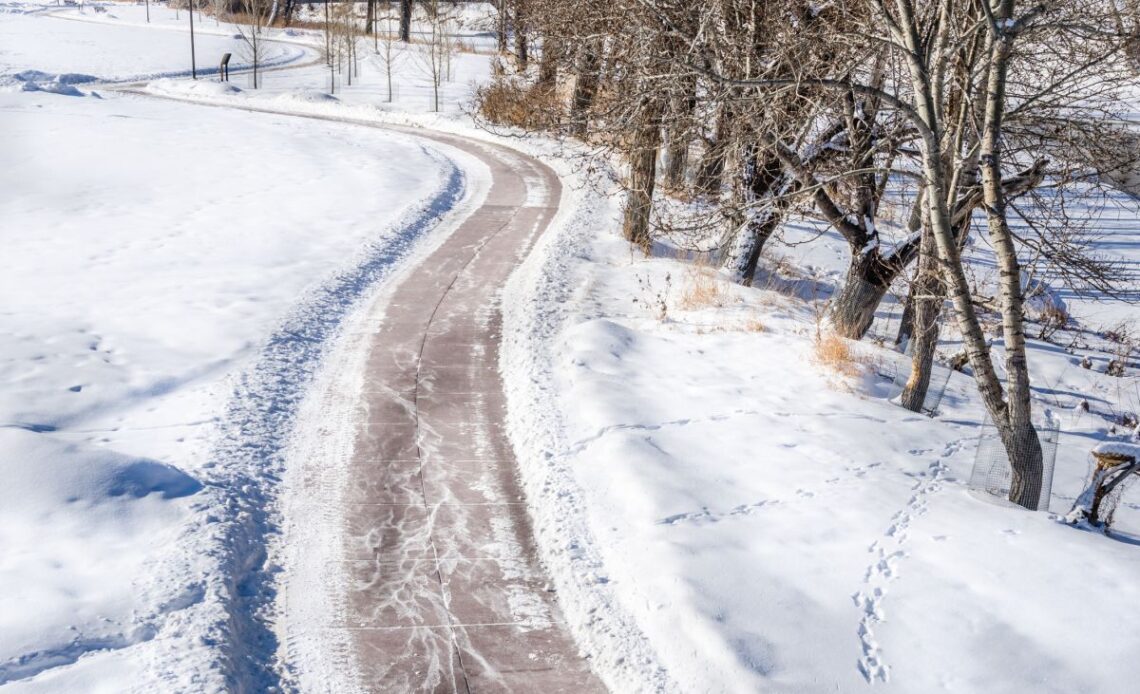 More needs to be done in Calgary during the winter, says cycling advocates. According to a report in MSN, several reports of bike lanes full of snow and ice has local riders alarmed.

An advocacy group for local cyclists, Bike Calgary, has been speaking with riders across the city gathering evidence of lackluster plowing being done this winter. Bike Calgary’s president Molli Bennett said the situation is creating a dangerous situation for those who use the paths and lanes.

“Improper snow clearing creates a hazard for cyclists and also pushes cyclists into the road more, creating more conflict between drivers and cyclists which nobody wants,” Bennett said. “I have experienced a lot of sketchy things on bikes in winter, and the snow adds an element to that. It can force you to drive out into traffic and then you’ve got cars driving much closer than you’d like.”

Hey #yycbike, do you regularly ride on streets with painted bike lanes in the winter? Do those lanes often look like this photo? We’ve heard and seen some serious snow clearing concerns, and we want to collect some more examples for an upcoming meeting with the City (1/2) pic.twitter.com/9S9fLOHs4G

It’s not just in the winter months either. Those who ride in downtown Calgary are saying that more separated bike lanes are needed to protect vulnerable road users. As the saying goes, “paint is not infrastructure.”

Brett Bergie says that although the cycling situation in Calgary has improved over the years, more can be done.
“”Overall, cycling is quite reliable downtown. There are some exceptions, some problem spots, but generally speaking, I feel like we’re hitting a high standard in downtown Calgary,” she said. “But I would like what they’re doing downtown to be replicated elsewhere in the city. That includes physical protection between cyclists and motorists which enables machinery to come in and clear the snow more thoroughly out of the track.”

The good news is that the city of Calgary seems to be listening to the cycling community. But despite the complaints, Bennett said the city is receptive to improving its biking infrastructure. She said some areas of the city have barriers between the road and bike lanes.

“We’ve had painted infrastructure for a long time before the best practices changed, so we know that city administration is working hard to bring us up to those standards,” she said. Bennett added that…