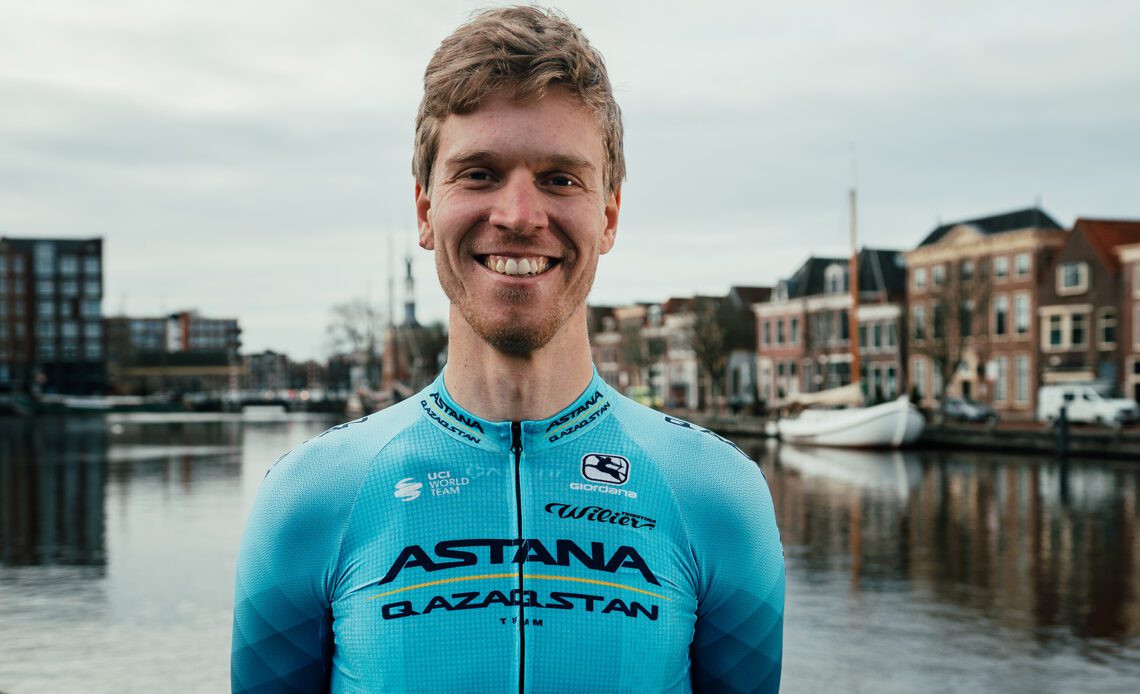 After announcing the signing of Mark Cavendish on Tuesday, Astana Qazaqstan have confirmed that Cees Bol will also join the team for the 2023 season.

Like Cavendish, the Dutchman had agreed to join the B&B Hotels team before its collapse, and had been heavily linked with a move to Astana since December.

The former Team DSM rider reportedly joined Cavendish in visiting the team at the end of their December training camp, and again travelled to Spain at the start of this week to take part in their January camp.

His signing, on a one-year contract, was announced on Wednesday.

In order to keep within the UCI maximum squad size of 30, Astana have had to drop Artyom Zakharov, a Kazakh rider who is said to now be focusing on the track and the 2024 Olympics.

“I feel really good coming to Astana Qazaqstan Team. Obviously, we are already at the beginning of the new year and for me it is a great surprise that finally it ends in such a good way,” said Bol.

“I am so happy that I am here in this great team, and I can focus on building up to the new goals together with Astana. My main goal for this season is to get back to winning, taking some sprint opportunities and fighting for a win in any kind of races. But of course, with Mark Cavendish now in the team, another big goal for me will be to help him to fight for the success. I’d like to do some Classics to see how far I can reach together with the team. So, I am really looking forward to 2023.”