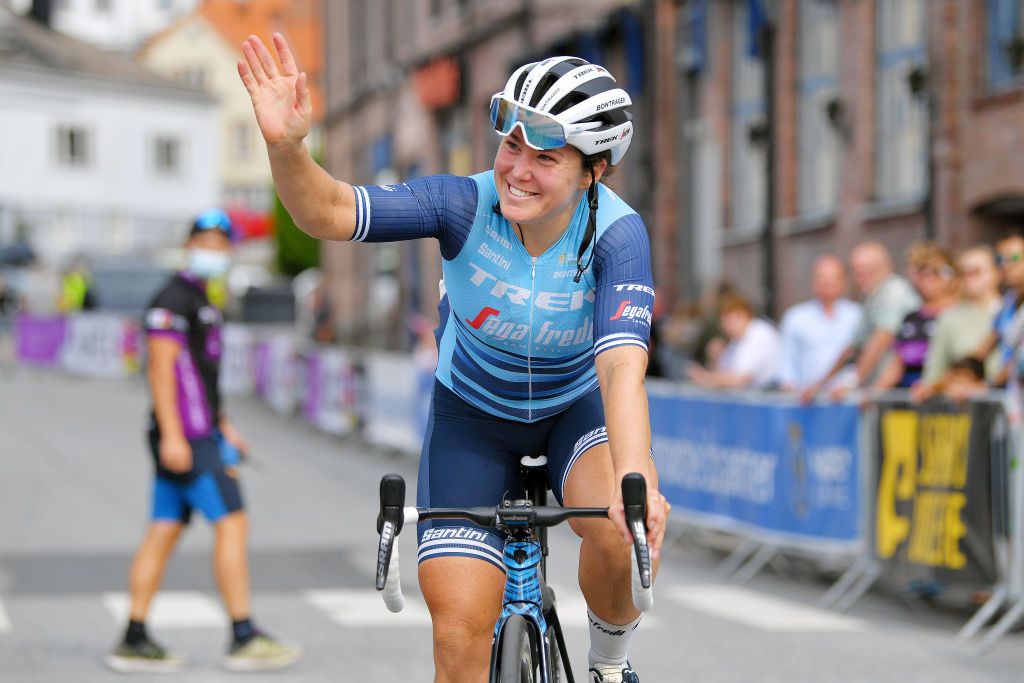 Chloe Hosking is sitting in the shade of a small rotunda on the sidelines of the Bay Crits in Australia, discussing how, as one of the nation’s most successful cyclist in recent times, she is facing up to the start of 2023 with her career in tatters after the collapse of the women’s B&B Hotels team.

“Of course I’ve had setbacks, but I alway feel like I am a person that does well when my back is against the wall but maybe this is just one too many times,” Hosking told Cyclingnews.

The 32-year-old is composed but clearly frustrated, and feeling the injustice of the situation she has been placed in after battling so hard to get established, to make her own way over to Europe and win major races.

Hosking has amassed around 40 professional victories, including victory on the Champs-Elysees at La Course and a gold medal for Australia at Commonwealth Games. She felt there were more successes to come.

When Hosking decided to sign with B&B Hotels, having heard about the outfit from Trek-Segafredo teammate Audrey Cordon-Ragot, it seemed like the ideal place to settle for the next two years. Her last in the peloton, she expected, as she contemplated the pathway to retirement from professional cycling and the beginning of a new chapter, with a communications degree already under the belt and a law degree one semester away from completion.

“It seemed like a good fit, a nice progression, to do the last two years of my career in a team that would do the Tour de France, do the races that I love, but where I would also have that opportunity to help grow women’s cycling,” Hosking said.

“So it’s kind of ironic that it just fell on its face. It’s really disappointing how the whole situation was handled. There’s still a lot of questions to be answered and I hope the people who are responsible for it are held accountable.”

Hosking, of course, wasn’t the only rider caught by the sudden collapse with Mark Cavendish and Cordon-Ragot also wound up in the debacle. Questions were first raised when the scheduled team presentation was hastily cancelled on October 24.

“We were continuously being told it’s fine, we were having meetings with sponsors, we were getting emails from head mechanics about the training camp, about bikes and everything,” said Hosking.

“So when you’re getting all this information, you’re like, ‘well, what do I believe and what should I do?’

“For me, one of the difficult things is I was told after the fact that other riders had been…