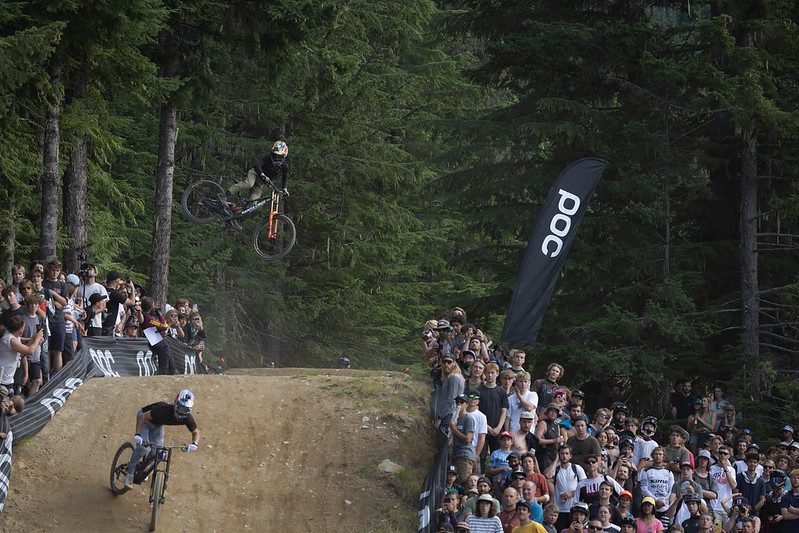 There are big changes coming to Crankworx World Tour as the festival prepared to celebrate its 20th year. The globetrotting series calendar is completely shifted compared to 2022. For Canadian fans, the big news will be a shift from Crankworx Whistler’s traditional August week to a new July date for 2023.

Canadian mountain bikers will get to celebrate two decades of Crankworx Whistler a little earlier than usual. After years in its early August spot (Aug. 5-14 in 2022), the original Crankworx stop shifts into late July for 2023. The world will arrive in Whistler for July 21-30 this year.

The exact schedule of events for Crankworx Whistler could look a little different, too. For several years, the Enduro World Series’ only Canadian stop occupied Crankworx’ opening weekend. The EWS still hasn’t released its full 2023 calendar but Discovery, the series’ new organizer, shared a preliminary World Cup/EWS calendar that hints at a mid-September date. That would coincide with the other two North American events, the Mont-Sainte-Anne and Showshoe, W.Va World Cup rounds, on Discovery’s schedule. It would also make Whistler the final EWS stop for 2023, which could be a dramatic homecoming for Jesse Melamed as he tries to defend his 2022 EWS championship win.

It is not just Whistler that shifts. The Crankworx World Tour calendar is significantly restructured for 2023.

After two years as the final CWT stop, Rotorua returns to its role as the opening round of racing with a March 18-26 spot.

Crankworx Cairns made its debut in 2022. It’s back for a second year, but with a new spot in May to keep athletes in the southern hemisphere after the New Zealand season opener.

Innsbruck’s event is still floating as of writing. The Austrian Crankworx stop had a mid-June spot in 2022. If that stays consistent, then Whistler would return to its usual role as the final stop of the Crankworx World Tour, a role it hasn’t had since 2019.

The Crankworx Summer Series started in B.C. as a way to get back to racing during the early days of the pandemic. The format continued in 2022 with two Summer Series;