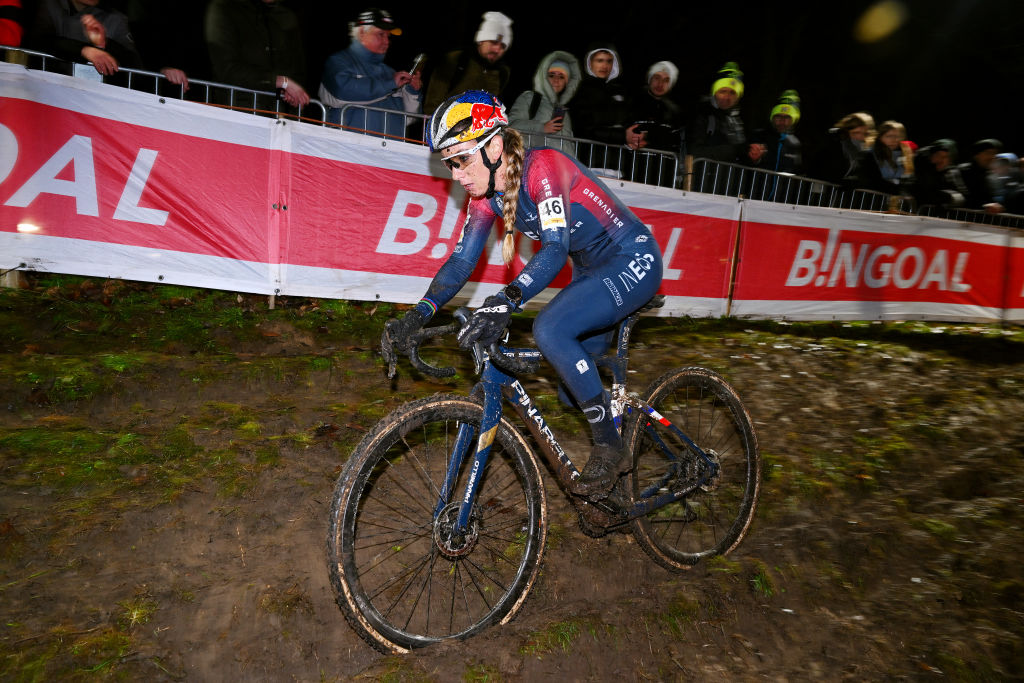 Pauline Ferrand-Prévot (Ineos Grenadiers) ended her pursuit of a fifth simultaneous world title as her Ineos Grenadiers team announced she will not continue her 2022-2023 cyclocross campaign due to a lingering injury suffered at the Gavere World Cup race in late December.

Currently holding four world titles across two disciplines, the French rider cancelled her remaining ‘cross calendar that would have taken her to the UCI Cyclo-cross World Championships on February 4 in Hoogerheide.

Ferrand-Prévot will instead focus on a return to mountain bike racing in the spring, the XCO and XCC cross-country World Cup events beginning April 8-10 in Petropolis, Brazil.

“Obviously I would have loved to compete at the cyclocross World Championships but my leg just hasn’t healed as quickly as we would have thought. So I have taken the decision, along with my coach and the team, to concentrate on recovery so I can come out fit and strong for the start of the mountain bike season in April,” Ferrand-Prévot said in a team statement on Friday, two days prior to the French Cyclocross National Championships.

Last season Ferrand-Prévot dominated mountain biking with three world titles in the discipline, a fourth career cross-country elite title, a second in marathon cross-country and a first-time title in short track. She then added the UCI Gravel World Championship crown to her haul of rainbow jerseys in October.

With just a brief rest period and a new Ineos Grenadiers deal, she hit nine events on the cyclocross calendar in November and December, scoring three top 10s. It had been the most time she had raced ‘cross since the 2017-2018 season when she won the French national championship.

She began her World Cup campaign in Antwerpen the first weekend of December but then said she felt some back pain the next week after World Cup Dublin and looked to make a few equipment adjustments.

“If I’m honest with myself, my Cx expectation wasn’t big, as I know how hard is to perform in a discipline you didn’t race for years. As I know, I had to adapt to new bikes, new shoes, new components, and a new environment. As I know I had to recover physically from my Mtb season, but also with all the media solicitation I had,” she posted to her Instagram account, noting the extra attention she had received since winning her fourth world title in one calendar year.