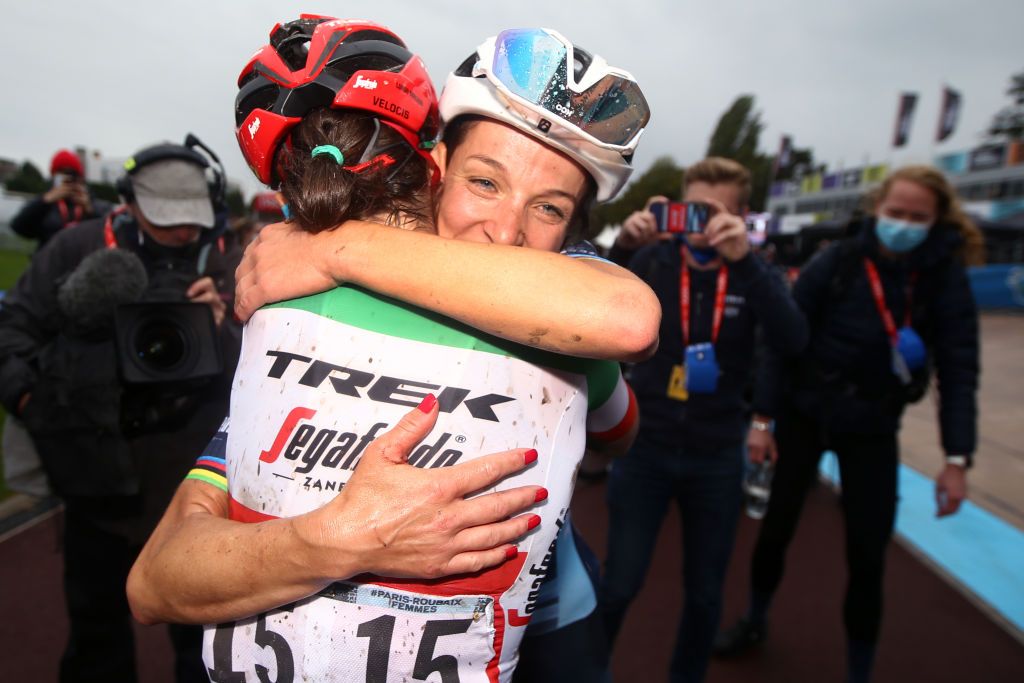 Few riders are in tune with one another like Lizzie Deignan and Elisa Longo Borghini. The pair are set to key off one another for an exciting season of racing that will undoubtedly give Trek-Segafredo the edge against their rivals on the Women’s WorldTour in 2023.

Deignan is currently on maternity leave following the birth of her second child in September, but she is expected to return to racing in 2023. She has also extended her contract with Trek-Segafredo through the end of 2024.

Trek-Segafredo signed Deignan in 2018, during her first pregnancy, and she later returned to racing at the Ardennes Classics in April of 2019 and won a second overall title at the Women’s Tour. The following year, she won Liège-Bastogne-Liège, La Course and GP de Plouay. She also went on to secure a history-making win at the inaugural Paris-Rouabix Femmes (2021), where Longo Borghini finished third on the podium.

Deignan and Longo Borghini have given cycling fans some of the most dynamic tactical racing in the sport, and it will be an asset to Trek-Segafredo that the pair will reunite as teammates next year.

While Deignan was on leave this year, Longo Borghini gave the team a second consecutive, confidence-boosting victory at Paris-Roubaix, the overall title at the Women’s Tour, and 4th at the Giro d’Italia Donne, 6th at the Tour de France Femmes, and 2nd at the Challenge by la Vuelta.

Deignan was on-hand ahead of Paris-Roubaix Femmes to help the team during the preview of the route, and she gave Longo Borghini a few tips that helped her use her savvy sprint to win the Women’s Tour title on the final day.

A similar dynamic formed between Longo Borghini and compatriot Elisa Balsamo at Trek-Segafredo this year with the pair keying off of one another at some of the biggest races.

The season saw Balsamo bookend a remarkable season with victories in the rainbow jersey at stage 1 of the Setmana Valenciana and on the final stage 5 at the Ceratizit Challenge by La Vuelta. In between, Balsamo secured a ‘golden week’ of wins at Trofeo Alfredo Binda, Brugge-De Panne and Gent-Wevelgem. She also secured a stage win at the Tour de Suisse, two wins at Giro d’Italia Donne, and won the road race at the Italian National Championships.