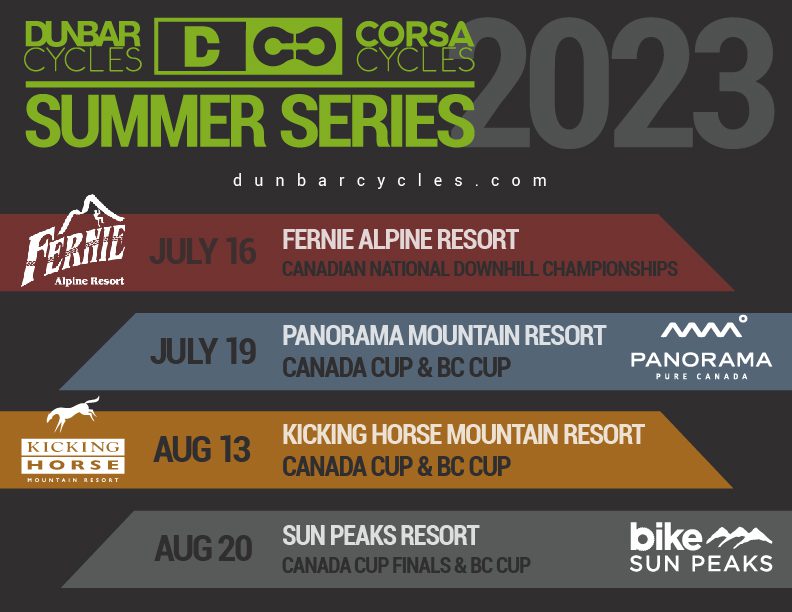 Dunbar Summer Series is rolling into 2023 with some big updates, including a new venue, new courses and Canadian downhill national championships.

This year, the series is split into two sections. That includes three Canada Cup/BC Cup rounds and Canadian nationals.

Dunbar Summer Series starts with a bang when Fernie hosts Canadian downhill nationals on July 16, 2023. Panorama Mountain Resort continues the series with a mid-week Canada Cup / BC Cup event, just up the highway from Fernie. That week rolls right into the new dates for Whistler’s Crankworx festival.

After a few weeks to recover, racing resumes on August 13 at Kicking Horse Mountain Resort. Racers then have a full week before Dunbar Summer Series lands at Sun Peaks Resort. The Kamloops-area mountain hasn’t hosted a Canada Cup in a few years and should provide a thrilling course to shake up the summer’s racing.

There are a few changes. Due to insurance costs and complications, the popular adaptive downhill category will not be integrated into Dunbar Summer Series this summer. But organizers are hinting at increased prize money without moving away from the reasonable entry fees of years past.

Canadian Cycling Magazine and CanadianMTB are thrilled to return as the media sponsors of the 2023 Dunbar Summer Series! 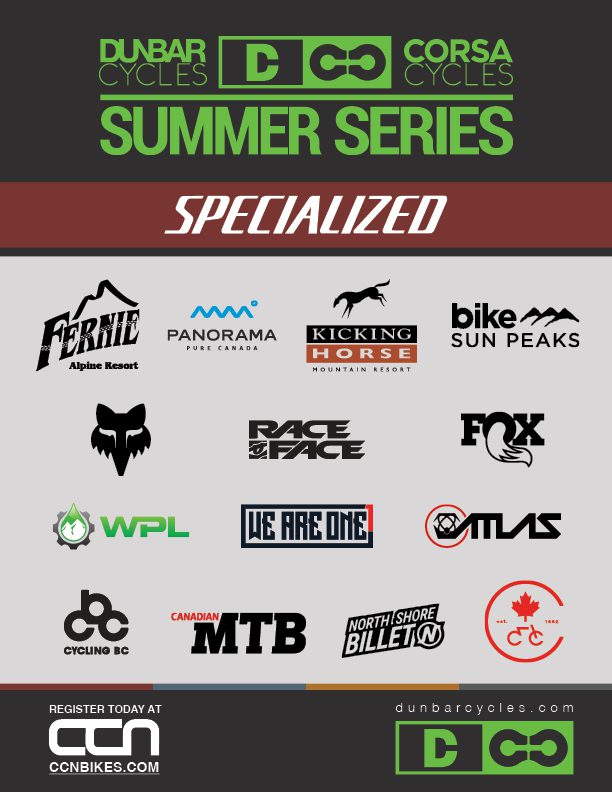