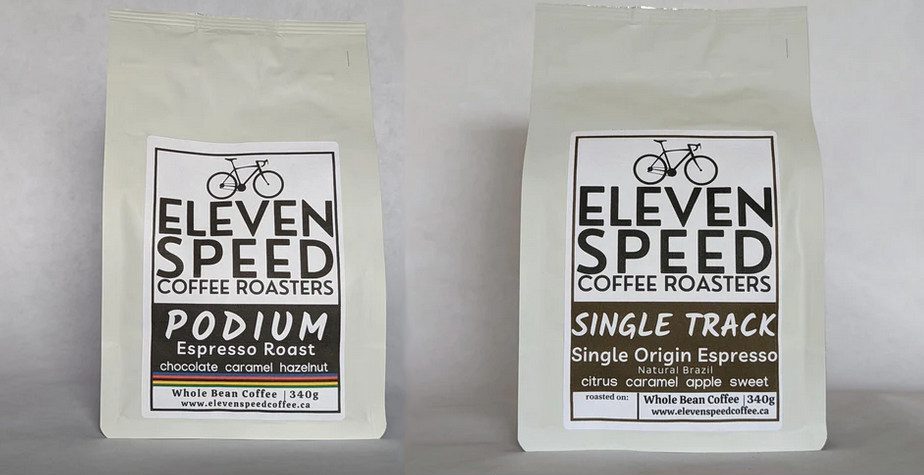 Coffee and cycling often go hand-in-hand, but rarely are they so closely connected as they are with Eleven Speed Coffee. The Victoria, B.C.-based small-batch roaster doesn’t just carry cycling in its name. Founder and owner, Kyle Denny, still personally delivers the majority of orders by bike.

“In the summer we’ll do up to 400 km a week,” Denny shared when I caught up with him on the patio of Whistle Buoy Brewing. He adds that instead of the expected and practical cargo bike his employee mostly rides a singlespeed while he sticks to a small roster of cross and gravel bikes. “I kind of like having my backpack on, bashing through the woods,” Denny explains. “The cargo bike changes the whole vibe.”

For the first three years, every local Eleven Speed delivery was done by bike. Often with Denny lugging 30 kilos of beans on his back to far-flung customers in Langford or Metchosin. It wasn’t until the beans started landing on shelves of local grocery stores that he had to bring in four-wheeled modes of transport.

“We can usually cover it by bike,” Denny says, “But, if I’m going to Root Cellar, I’ll have two big bigs and 100 kilos of coffee. Then the old beaten-down Subaru gets pulled into service.”

If the beans-by-bike business model doesn’t seem like the most efficient system, Denny isn’t bothered. After 20 years working in coffee, the first 17 in a more corporate environment for a major brand, the pace of his craft roaster, or “very-small batch roasting” as Denny calls it, suits him just fine.

“People always tell you to do what you love. I love riding bikes and drinking coffee, and I’ve put these together.” Denny explains, adding “I love the cycling community in Victoria, and that community is where Eleven Speed came from.”

Eleven Speed started in 2017. That was just enough time to get off the ground before the pandemic hit. After a steady start, the business took off when cafes closed and coffee drinkers were staying at home.

“I’d slowly been building and growing and gaining customers but it was at that place where I wasn’t sure it was going to work,” Denny recalls. “Delivering by bike, or by…