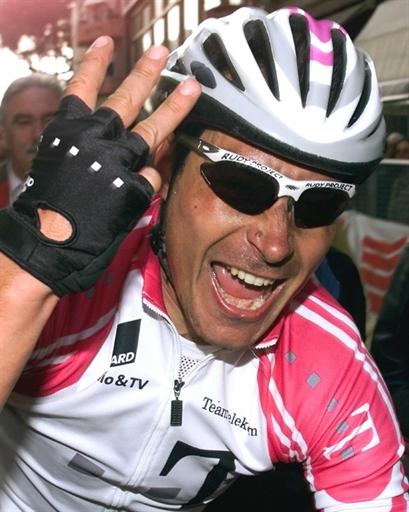 European professional racing has a new, earlier start date in 2023 as the revived Classica Comunitat Valenciana 1969 – Gran Premi Valencia one-day race moves up to the 1.1 category this January.

Set to run on January 22, the race formerly known as the Grand Prix Luis Puig remains a one-day event.

But the change back to a 1.1 category after two initial years as 1.2, with five WorldTour teams taking part this January, represents an important step forward towards the race’s full revival.

According to the race organisation, Movistar, Cofidis, Arkéa-Samsic, AG2R Citroën and Jayco-AIUla will be among the 19 teams taking part, along with newly relegated ProTeams Lotto-Dstny and Israel-Premier Tech. Total Energies and all four Spanish ProTeams will also be present.

The 2023 route will also be radically different, starting in Valencia and finishing in the town of La Nucia near the coastal resort of Benidorm after 190 kilometres of rugged racing. Belgian Arnaud De Lie  (Lotto-Dstny) is currently the best-known rider on the provisional 2023 start-list.

Originally known as the Classica Comunitat Valenciana when it began in 1969, the race was rebranded as the GP Luis Puig in 1981 in honour of the Valencia-born Puig, a leading light of the local cycling scene who later became a member of the IOC and president of the UCI.

Held for many years as a warm-up to the Volta a la Comunitat Valenciana, the one-day GP Luis Puig was won by figures as illustrious as Erik Zabel, Laurent Jalabert, Mario Cipollini and Oscar Freire before it folded in 2004 due to lack of sponsorship. Zabel and the late Noel Dejonckheere hold the record for victories, with three apiece, while Alessandro Petacchi was the most recent winner of the original race. Last year it was won by Giovanni Lonardi (EOLO-Kometa).

Revived in 2021, just as it did back in its heyday, this year’s race looks set to favour the fastmen who are able to handle some grinding but not excessively steep climbs.

An abrupt third category ascent, the Alto de Baux, will provide the first major challenge. But the much longer, less steep, second category Alto de Bixauca, situated some 30 kilometre from the finish after a long, sweeping descent, will provide the most important sort-out.

Spain’s main body of the cycling season then kicks into life in the five-day Mallorca Challenge series of one-day races, on January 25th in Calvia. The Volta a la Comunitat Valenciana, the country’s first stage race, begins on February 1st.