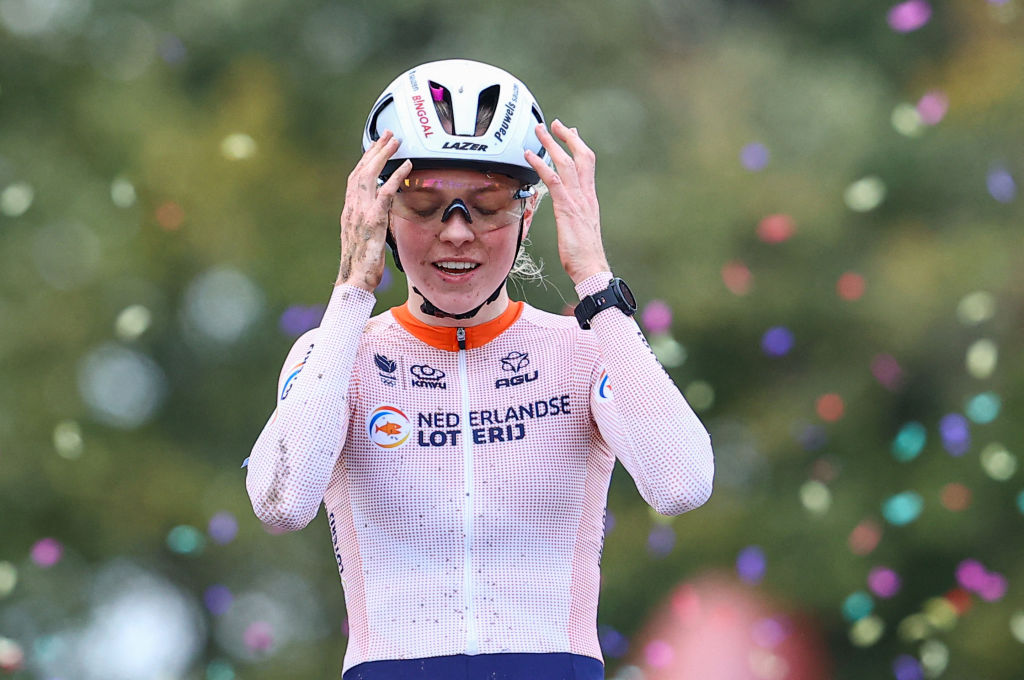 Fem Van Empel made her debut with Jumbo-Cervelo at the GP Sven Nys and immediately won the first cyclocross race of 2023, confirming her talents in the mud.

Van Empel raced in her European champion’s jersey rather than Jumbo-Visma’s standout yellow and had a new, SRAM-equipped,  custom-coloured Cervelo R5-CX to match.

While her rivals struggled in the heavy mud and on the rolling course in Baal, Van Empel appeared to cruise through the difficulties.

Lucinda Brand (Baloise Trek Loins) lost around 30 seconds to Van Emepl on each lap but fought to finish second at 2:00. Ceylin Del Carmen Alvarado (Alpecin-Deceuninck) was third at 2:27.