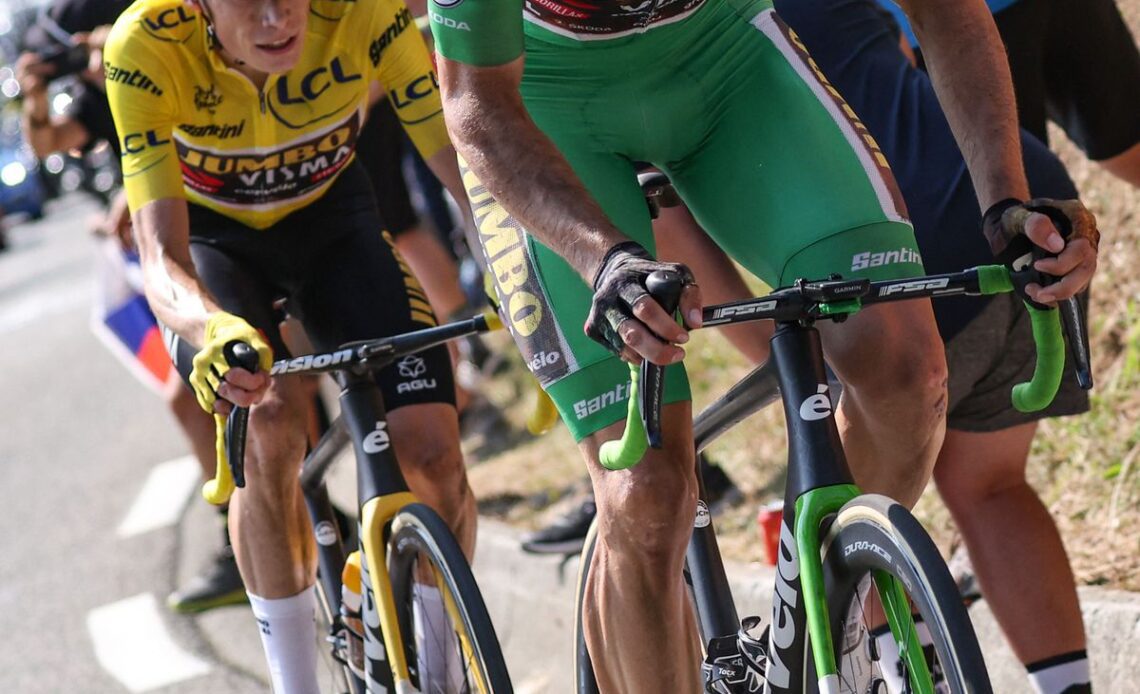 Another one of the Big Boys… So much is already written about this team that, to make this fun, I had to try to go off the usual script a bit. Does it work? I don’t know, but the kit design review should atone for any shortcomings. Let’s go!

1. Wow, Jumbo really made the leap!

Or did they? By The Leap, I mean ascending dramatically above their previous position to a more exalted place. And … depending on who you believe, Jumbo were nearly exactly the same team they were in 2021.

I am having trouble confirming the actual World Tour standings from the past couple years, because there is nothing so simple that the UCI cannot completely fuck up. At most, you can find the three-year data used by the UCI to determine licensing, which has Jumbo ranked #1. But there are a lot of points systems out there, and at the conclusion of 2022 they mostly have Jumbo close but just behind INEOS and maybe UAE — more or less a repeat of the 2021 standings, albeit closer in actual points. In the more inclusive Podium Cafe rankings, UAE was first last year followed by INEOS and Jumbo. Over at CQRanking, INEOS saw its 2021 gap shrink but still held on. In terms of victory totals, Quick Step’s command of that category slipped but didn’t disappear, with Jumbo still one win short in ‘22. If you look at the individual performances, who besides Olav Kooij (in smaller races) really blew up their stats from ‘21 to ‘22?

Just one guy, Jonas Vingegaard. I don’t need to tell you about the year he had. My point is, this team was nearly identical to its 2021 self, until Primož Roglič, who now enjoys the distinction of Google suggesting I add “crash” to a search of his name, did exactly that in the Vuelta. Had Rogla gone on to a Vuelta win or podium spot, the parallels to the previous year would have been even spookier. Except at the Tour, which is all that counts, and which probably says a lot about how they handled their business last year. Very single-minded.

This is a bit unusual, no? Teams aim for consistency but it is elusive, particularly where health is involved. Jumbo has had a decent run there, apart from Roglič, and a third straight year might be hard to deliver. But really, I think we need to appreciate how they came so close to ultimate glory in 2021 and just ran it back, a little bit…