FYI: In 2023, Alison Jackson’s TikToks will be pink 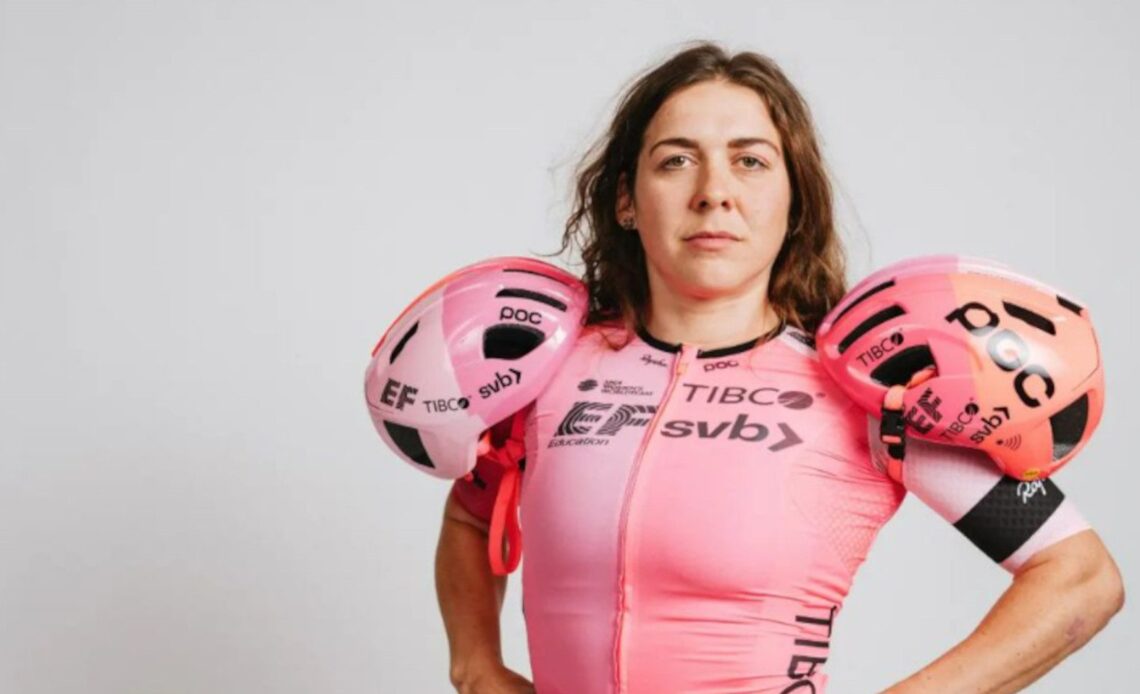 Alison Jackson will be riding with EF Education–TIBCO–SVB, along with fellow Canadians Magdeleine Vallieres and Sara Poidevin. The squad was founded by former Canadian national champion Linda Jackson, a.k.a Action Jackson 1.0. She founded the team in 2004 with just a $5,000 budget. Now, 19 years later, the team is one of the strongest women’s WorldTour teams out there.

It’s a homecoming for Alison Jackson, having ridden for then TIBCO-SVB team for two seasons in 2018 and 2019. The former national champion left Liv racing to return to EF Education, which continues to grow and evolve.

Alison Jackson has made the greatest cycling TikTok in history

For the second year in a row, the men’s and women’s squad will be pretty in pink, too. It’s a slightly more sleek and cleaner than the “busier” kit of 2022, along with black bibs.

Alison Jackson has a big year ahead of her with the classics looming..but her second love, dancing, is also crucial to note. In 2023, watch for plenty of dancing in the new pink kit. As well as following the team’s season, you can bet your bottom gilder that Canadian Cycling Magazine will be keeping our readers up-to-date on Alison’s hilarious TikToks.