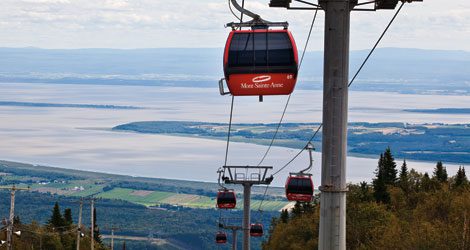 Mountain bikers may know Mont-Sainte-Anne as the renowned and long-running World Cup venue but the Quebec resort’s day-to-day usually revolves around skiing. Over the weekend, those operations were shut down when one of the gondola cars fell off its cable and went crashing into the ground.

The incident happened early Saturday morning before the resort opened. That meant no one was on the gondola when it fell, and no injuries were reported.

The lift remains closed as of Monday, with the hill shifting users to other parts of the mountain.

The latest incident is the third for the gondola in three years. The other two, in February and March of 2020, both resulted in injuries to passengers. The first resulted in 21 people going to the hospital. The hill’s operator, Resorts of the Canadian Rockies (RCR) carried out major service to the gondola after those events.

RCR is currently investigating what caused Saturday’s incident. But the string of injuries is leading to backlash against RCR from the local community.

It is unclear what, if any effect this will have on Mont-Sainte-Anne’s World Cup event, which also makes use of the gondola for the downhill race. RCR will have a little more time to sort that out this year as Discovery, the World Cup’s new operator, has shifted the MSA World Cup to a much later spot on the calendar. The Quebec venue will be the final World Cup of 2023 on Oct. 6-8.