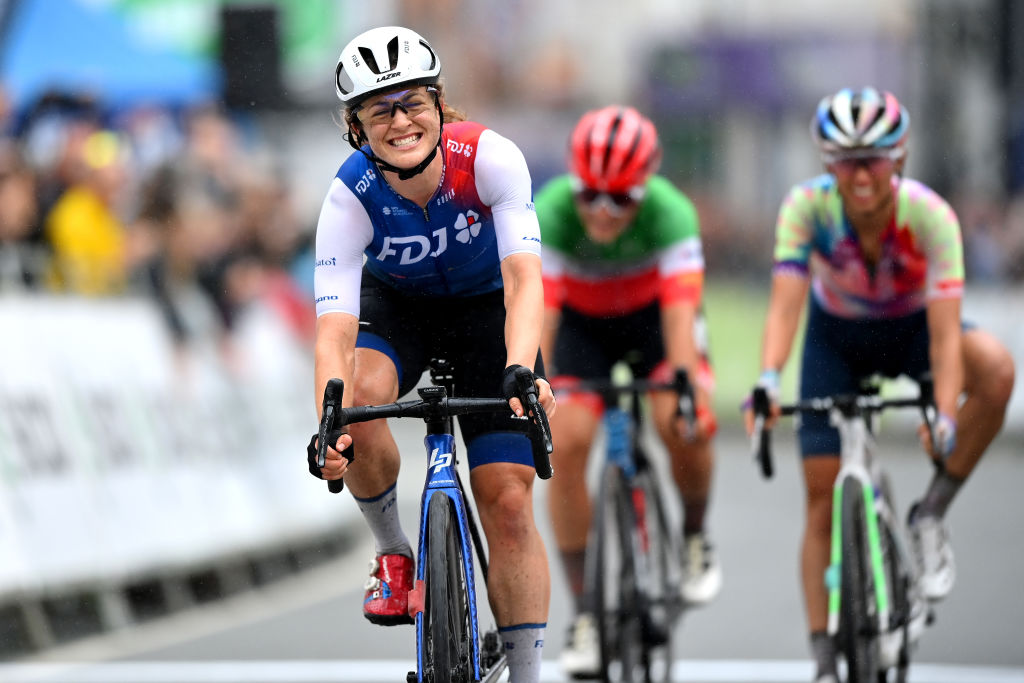 The Deakin University Elite Women’s Race at the Cadel Evans Great Ocean Road Race delivers just the type of punchy course Australian rider Grace Brown (FDJ-SUEZ-Futuroscope) has excelled on in recent seasons and with the return of the top tier Australian race in 2023, it is now almost time to see if she can add a Women’s WorldTour victory on home soil to her ever growing results list.

At the official launch of the race this week the Victorian-based rider opened up what will soon be a stream of announcements about key riders set to line up on the Geelong start line on Saturday January 28. No matter who else follows she will be impossible to budge from the top ranks of the favourites list.

“I’ve had a really great season in 2022 and ticked some big results off the bucket list, but the Cadel Evans Road Race is still one that I’m yet to achieve,” said Brown at the launch in Geelong this week, at Deakin University’s Waurn Ponds campus. “But I’m hoping I can start my 2023 season off at a high and hopefully aim for a result at this race here in Geelong.”

“I think it is a course that is suited to me so I’ve always had in the back of my mind that I’d like to win it one day and hopefully this next edition will be that opportunity.”

Brown’s combined abilities – being able to get away on punchy climbs, settle into time trial mode to keep the gap if she is out solo or put in a turn of speed that puts her in the running if she comes into the line among a small break – makes for a formidable contender at the 143km race. In fact, even during her first time pinning a number on at the event, as a relatively new face on the domestic scene in Australia, Brown slotted into the international field among the top 30.

Her best result so far was in 2019, when she came tenth in one of her first races as a professional, even while riding in support of then teammates Amanda Spratt and Lucy Kennedy who both finished on the podium.

The COVID-19 pandemic and associated border closures mean the last time the race was run was in 2020. However, then Brown didn’t get much of a chance to see what she could do in the first Women’s WorldTour race on Australian soil, with big crashes on a wet and windy day. For Brown it was a DNF, just as it was for nearly a third of the field.

The 30-year-old is now working toward a better outcome in the first edition of the race in three years but she will face plenty of competition, particularly as the Santos Women’s…