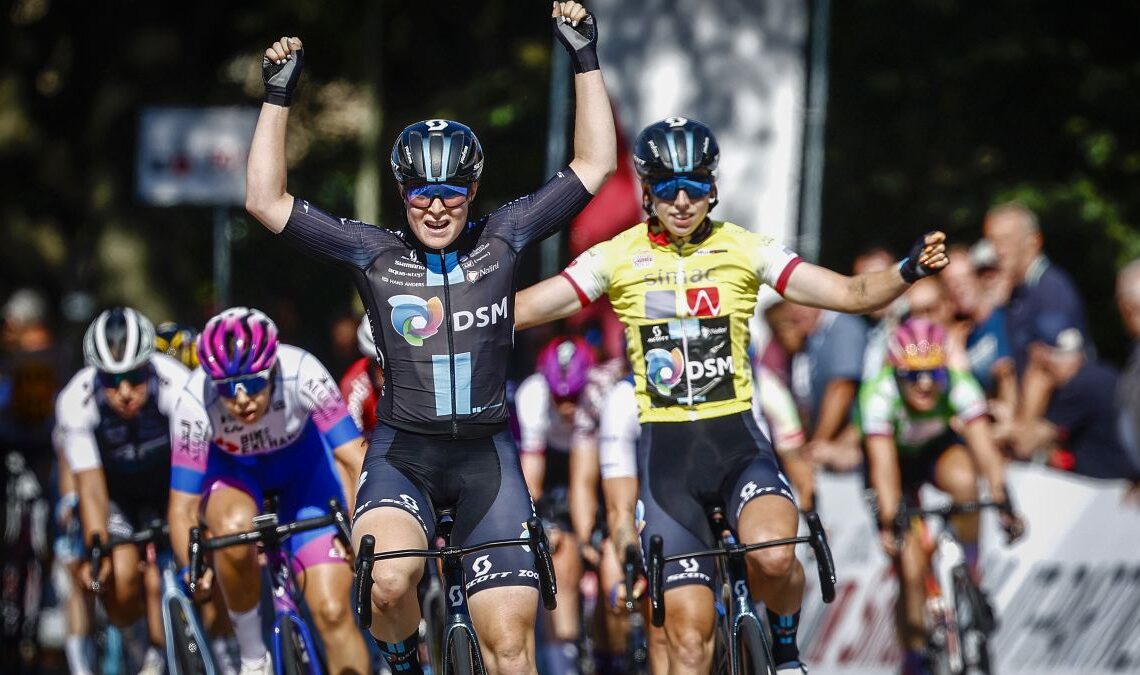 Charlotte Kool is one of the fastest-rising sprinters in the peloton, and after spending one valuable season under the tutelage of former teammate Lorena Wiebes, she is more than ready to move into the sprint leadership role at Team DSM.

“It’s going to be weird to sprint against Lorena instead of with Lorena,” Charlotte Kool told Cyclingnews. “That will be a bit weird, I guess.”

In her first season racing on the Women’s WorldTour in 2022, Kool was an enormous part of Wiebes’ success and invaluable to Team DSM’s sprint lineup, often switching between roles as a primary lead-out and the outright sprint leader in many of the biggest races. She plans to bring that knowledge into the new year, equipped with a powerful lead-out train, to continue to bring her team results.

“I learned a lot, especially being the last lead-out for Lorena, like, how to help in the best way possible with giving signs, talking, or preparation. We did it at the highest level and won many races. So, you will surely learn what works and what will not. I gained so much experience over the last year, which is really valuable, and I will take it with me into this season, of course,” Kool said.

Kool will embark on her second season with the top-tier team, where she will face off against some of the fastest cyclists in road racing in the bunch sprints. No longer teammates, Wiebes has transferred to SD Worx and will join another top sprinter in Lotte Kopecky, while other sprint contenders include Elisa Balsamo (Trek-Segafredo), Marianne Vos (Jumbo-Visma), Rachele Barbieri (Liv Racing TeqFind), Ruby Roseman-Gannon (Jayco AlUla), and Marta Bastianelli (UAE Team ADQ), to name a few.

Kool isn’t looking to compare her abilities against Wiebes or any of her competitors. She’s simply looking to make the most of her opportunity as a team leader with a trusted lead-out at the biggest races.

“I don’t think I need to look too much to other sprinters. I think we just need to look to ourselves, and I think that’s the key because if you’re going to look to others, you lose your own [mind] and your own strength a bit. So, we will, for sure, just do our thing and try our best, and we will see what it brings us,” Kool said.

“We are already confident. I’m confident. I can’t wait to just sprint myself and be out there with the best.”

Kool’s powerful lead-out team will include…