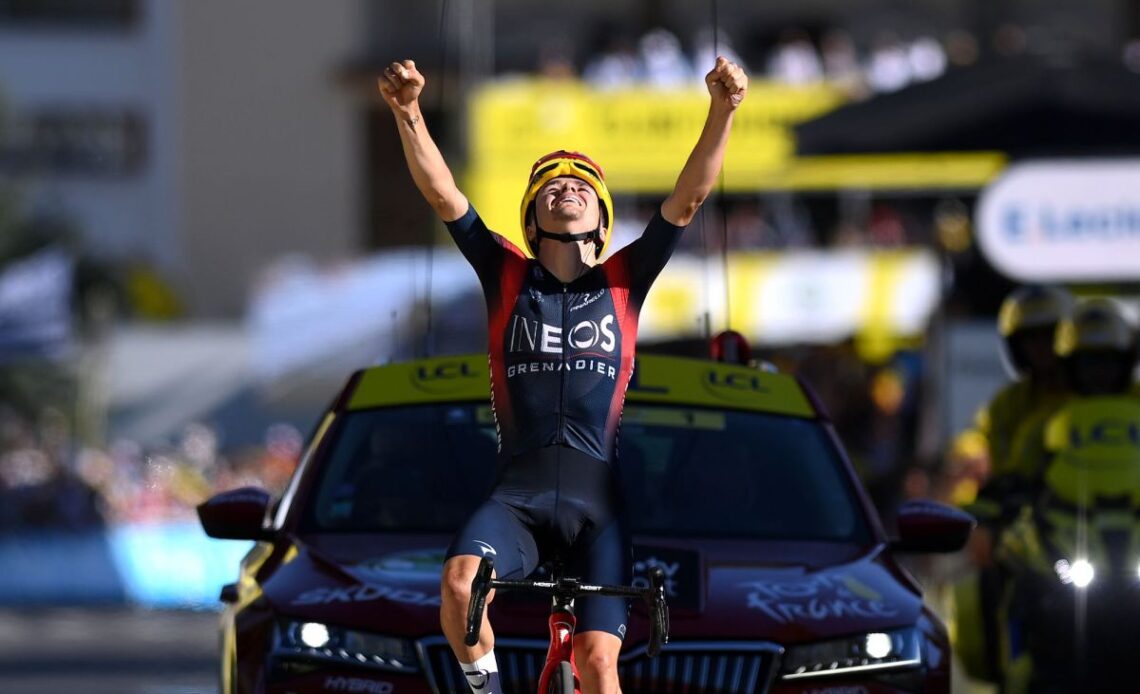 Tom Pidcock’s second year with Ineos Grenadiers is a little like “second album syndrome” that many great bands have experienced in their career. Brilliant in its own right, just like the first, although by bike rider and rock band’s own admission, not quite hitting the high notes of that debut masterpiece, or an Olympic gold medal.

But that’s a testament to the quality of Tom Pidcock that even his 8/10 years would be many other pros chart toppers.

Speaking to Cycling Weekly, Pidcock says that despite the undoubted highs of the year gone by, 2021 was “much better”.

“I had some good results this year, but last year was much better. It was my first year as a pro, I won Brabantse and arguably Amstel,” Pidcock says. “Not arguably actually,” he adds with a smile.

Fast forward twelve months and you can add cyclocross world champion, a maiden Tour de France stage win on Alpe d’Huez, and a European mountain bike title to that list, although the likeable Yorkshireman still tells us that things could have been “much better” in 2022.

Even with his Olympic achievements considered, it’s one result this summer that’s drawn him level with the greats of old such as Marco Pantani, Bernard Hinault and Fausto Coppi. That win on Alpe d’Huez.

However according to Pidcock, “it looked better than it really was on TV,” he jokes when the topic of that fateful afternoon comes up. A Tour stage win is huge at any point in your career, let alone at the first time of asking and his complete performance on the bike that baking July afternoon firmly etched his name into cycling folklore.

Although typically, Pidcock still thinks he could have done better in 2022.

“Yeah, Alpe d’Huez was the highlight this year of course, but there were too many other things that went wrong,” he says. “I got pretty ill at one point, so I had two good parts of the year really and it could have gone much better.”

“IT LOOKED BETTER THAN IT REALLY WAS ON TV”

Illness and injury saw him miss Strade Bianche, a race he says he’d like to win in future, and abandon Milan-San Remo. Pidcock explains that both events knocked his confidence…