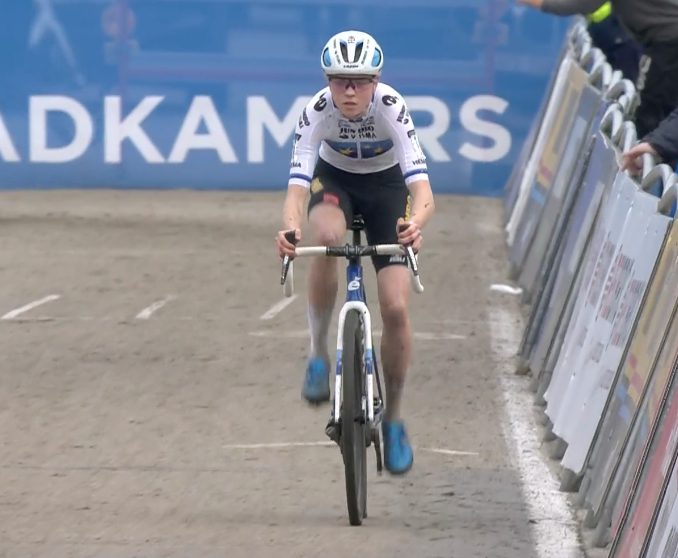 The rubber ducks were back to ring in the new year! In her first race for Jumbo-Visma, Fem van Empel triumphed in the GP Sven Nys, the third round of the 2022-2023 X2O Badkamers Trofee in Baal, Belgium. Sailing to her 10th victory of the season, van Empel pulled closer to Denise Betsema in the overall standings.

Brand put some mud between herself and Alvarado on Lap 2. Alvarado was having all sorts of difficulties, which brought Marion Norbert Riberolle onto her wheel. The mud was tenacious and required regular bike changes.

Brand carried on as the lone pursuer on Lap 3 of 5, far behind van Empel and considerably ahead of Alvarado. Riberolle had dropped off Betsema.

The gap was up to 1:10 going into the penultimate lap. Alvarado was 29 seconds in arrears of Brand. Riberolle and Betsema were back together hoping to run down Alvarado to contest the final podium spot.

Brand hung tough to her runner-up spot. She has now taken four straight podiums after early season problems because of a broken hand. Betsema was +3:12 and has only a 46 second lead now.

The fourth round of the X2O Badkamers Troffee is Tuesday in Herentals.