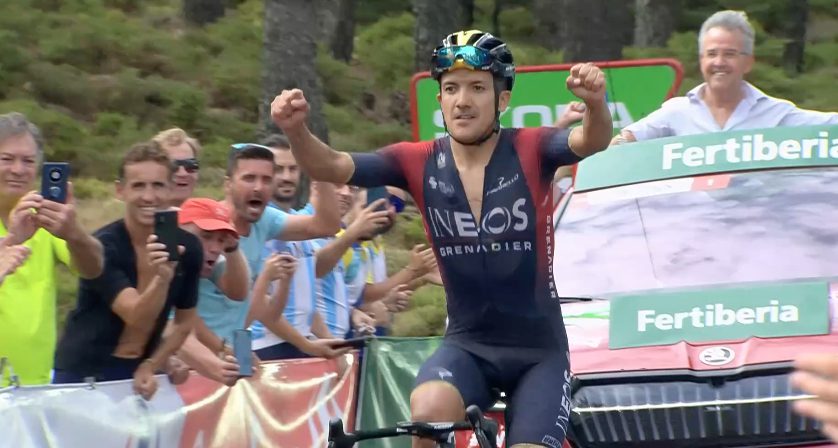 Adding more “brigade red” to its dark navy duds, Ineos also splashed on some orange, the colour of their training kits, for that the Bahrain touch.

The only Canadian in the whole wide WorldTour now, Michael Leonard will be clad in the “Visibly Fast” jersey next season. Like a lot of riders, Leonard doesn’t have any scheduled races yet.

Ineos has brought in three Brits–Connor Swift, Leo Hayter and Joshua Tarling–for 2023, along with Dutch rider Thymen Arensman, who was sixth in the 2022 Vuelta a España and 18th in the Giro d’Italia. The team lost Richie Porte through retirement, and Richard Carapaz, Adam Yates, Paris-Roubaix title holder Dylan van Baarle, Andrey Amador and Eddie Dunbar joined other squads.

Bahrain-Victorious released its 2023 outfit back on December 9.

Also on Monday, Italian ProTour side Bardiani-CSF-Faizanè gave the Barney the Purple Dinosaur look the boot and went with a simplified green and white complicated only by a splash of maroon on the left sleeve.