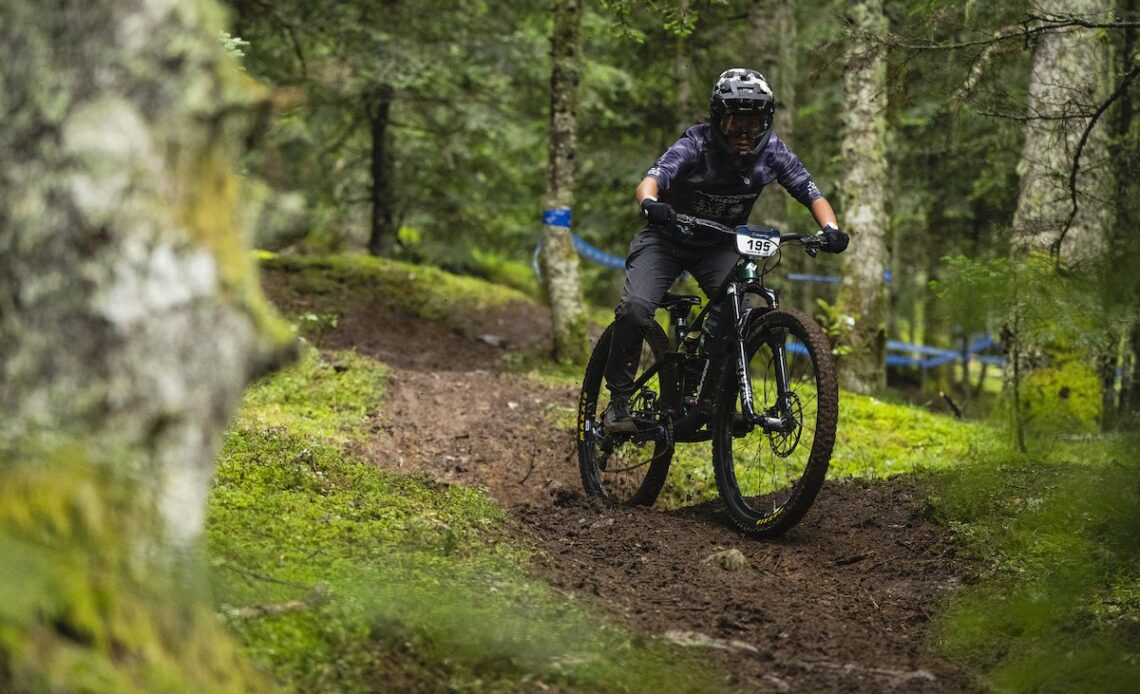 To say Vancouver Island’s Emmy Lan had a good year would be an understatement. The Norco rider didn’t just win the Enduro World Series overall title in the under-21 women’s category, she did so in dominant fashion. Every time Lan lined up to race an EWS, she won. Only an injury before Whistler EWS could slow the Canadian down, taking her out of the three August race rounds.

That opened the door for Italy’s Sophie Riva to challenge Lan for the overall. Bouncing back from injury, the Canadian won the last two rounds in Switzerland and France to claim the season title. And she still has two more years of eligibility in u21 before she ages into pro. In fact, Lan’s young enough to race junior in downhill. She even stopped by the Dunbar Summer Series to win two Canada Cup DH events before finishing second to Sunshine Coast DH phenom Gracey Hemstreet at DH nationals.

I caught up with Lan over the phone the day after she returned home to the Comox Valley from the EWS Trophy of Nations to talk about her highlight-reel of a season (and what comes next), mixing downhill and enduro, the importance of mentorship in sports.

Canadian MTB: Congrats on the win! How was the last race in France?

Emmy Lan: The last race in France was pretty insane. The conditions were super muddy – it had rained all the night before and the dirt there’s just like clay – so conditions were slippery and slick. I feel like I’m kind of used to it. The trails here in winter get pretty slippery. So it’s kind of fun racing stuff that I’m used to.

I went into the race knowing that I had to win that race to get the overall, so there was a little bit of pressure. I really wanted that overall. So it was cool to see it happen.

Was a full enduro season the plan at the start of the year? Or did that change after you won the first race in Scotland?

Yeah, it definitely changed. I was originally going to go to school in September, missing the last two EWS and Trophy [of Nations]. Then mid-way through the season, I changed my mind. I hurt my shoulder in Whistler, so I was going to miss Whistler and the two States races, which means I only would have done three races this year. I wanted to do a few more, so I decided to take a gap year and finish the season off.