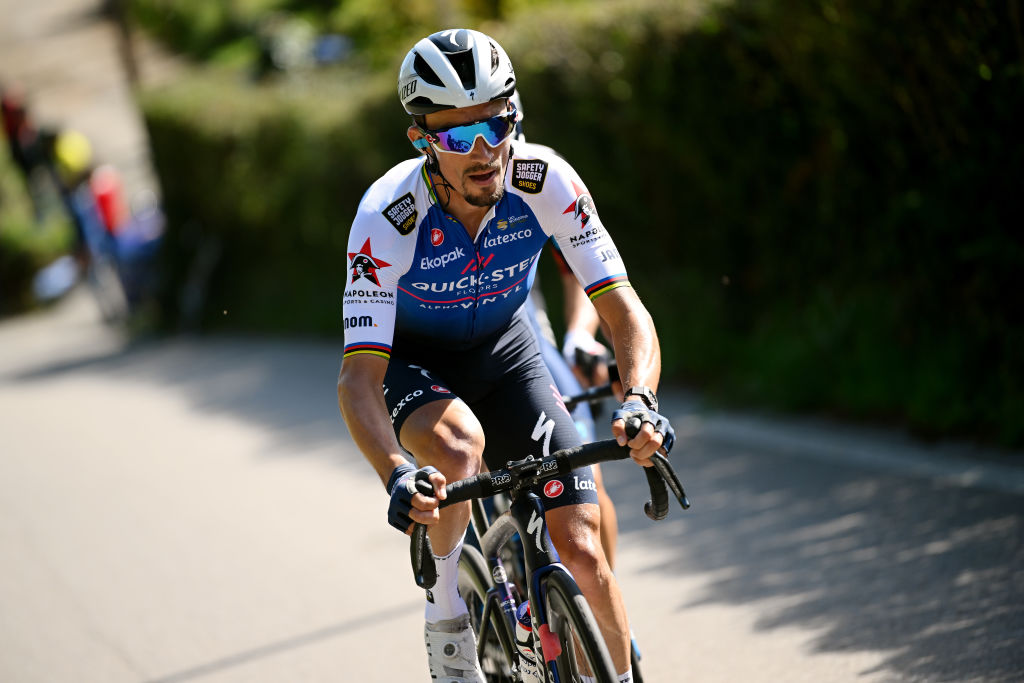 Julian Alaphilippe is set to make the Tour of Flanders his main target this spring season and the Frenchman will kick off his build-up to the Belgian Monument at the Classic Mallorca later this month.

Alaphilippe will start his road to the spring Classics at the race series, which consists of five races over five days held on the largest of the Balearic Islands to the east of Spain.

The Frenchman confirmed his season-start schedule at Soudal-QuickStep‘s team presentation on Friday, with the Spanish races set to be followed up by a trip to France in February for the Faun-Ardèche Classic and Faun Drôme Classic on February 25 and 26.

“I’m incredibly motivated for this year after what has been a very difficult 2022,” Alaphilippe said, referring to a season badly disrupted by illness and crash injuries.

“I took time to recover physically and mentally, then worked hard this winter to return to my top level for the goals that I have set. First and foremost, I hope to have a strong start to the season. I have a nice calendar and I hope to be up there in every race, help the team and get some wins.

“My first major target will be the Ronde van Vlaanderen. It’s a race that I love, and I hope to do good there.”

Alaphilippe hasn’t raced the Challenge Mallorca since 2014 and has only taken part in the Tour of Flanders twice, crashing out from the lead group in 2020 and finishing 42nd in 2021.

His early season will take on a new look, then, with the former world champion set to race a packed spring schedule including the cobbled and Ardennes Classics before his major summer goal at the Tour de France.

Alaphilippe will also head to Italy this spring, tackling Strade Bianche and Milan-San Remo, which he won in 2019, and Tirreno-Adriatico, where he has racked up three stage wins between 2019 and 2021.