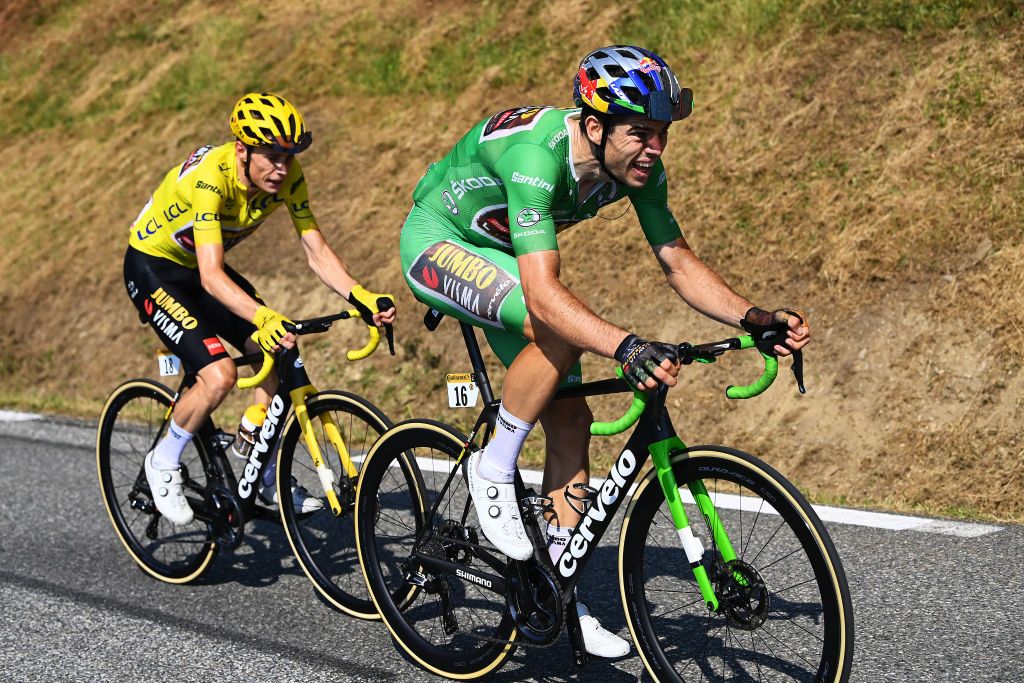 Following success at the Tour de France and during the whole of the 2023 season,  Jumbo-Visma are auctioning off the team bikes used by their biggest riders in the most important races to raise proceeds to develop new cycling talent.

Speaking about the significance of his Cervelo R5 used at the Tour de France, Jonas Vingegaard said: “This bicycle was part of my biggest achievement in cycling to date. I’m very grateful that I started this Tour de France in Denmark and returned to Copenhagen with the yellow jersey. This bike has left a lasting legacy.”

The auction has been live since December 8 and is set to run until Monday 19th, with the high-ticket items already attracting considerable bids.

At the time of writing, the top bid for Wout van Aert’s green-forked Cervelo S5 is €12,000, on par with the retail price of a brand new Dura-Ace Di2-equipped Cervelo S5.

Despite being used across the last season, Van Aert’s S5 is in fact the 2023 model, which the team had been testing as early as February ahead of the official release in late July.

The top bid for Primoz Roglic’s Cervelo R5 currently stands at a more conservative €4,700, while Marianne Vos’ Cervelo S5, put to use in winning the green jersey at the Tour de France Femmes, has a top bid of €5,500.

The team is also auctioning some Tour de France memorabilia, including the team’s frame plates used in the race and a Jonas Vingegaard yellow jersey.

While a team’s existing fleet of bikes will often be used as spare or training bikes into the following season, Jumbo-Visma will have to upgrade its entire fleet on account of major sponsorship changes which has seen Sram replace Shimano as the team’s groupset sponsor. The team will also be switching to Oakley sunglasses and Nimbl shoes next season.

Speaking about the auction, Jumbo-Visma team director Richard Plugge said, “At Team Jumbo-Visma we’re engaged in many initiatives supporting cycling talents to flourish. Think of our Academy, the talents of our Development Team, and of course the initiative CyclingClassNL in which we participate as a cycling team. That is how we truly…