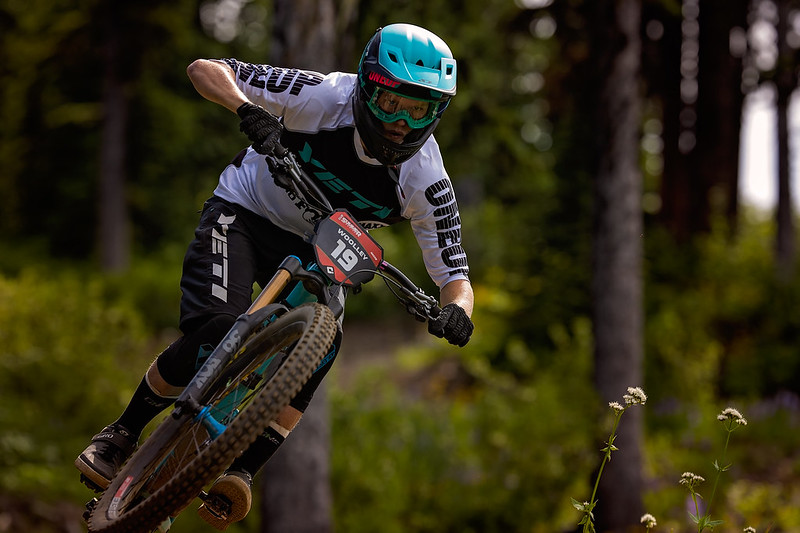 The highs included numerous top-10 Enduro World Series finishes during the 2021 season. Woolley scored a career-high fourth place in the pro men’s EWS at Loudenvielle that year, narrowly missing the podium. He stayed inside the top-10 in the final three rounds of the ’21 EWS season as well.

Woolley was poised to build on that momentum in 2022. After finishing sixth in the pro stage at Tweed Valley, the first EWS of the year, he crashed hard on the second day of racing. A concussion and fractured scapula and vertebrae sidelined the Yeti racer for the first half of the EWS season.

Just as Woolley was getting ready to return to racing, at home at the Whistler EWS, he was hit by bad luck. While riding a pump track in Squamish, Woolley was in a head-on collision with a rider going in the wrong direction. The result was a broken jaw, an occipital fracture and a five-day stay in the hospital before a lengthy recovery. The crash effectively ended Woolley’s 2022 season.

2022 may not have been the best year for Woolley at the races. Hopefully, a new team will serve as a fresh start to a better 2023 for the talented young Canadian.