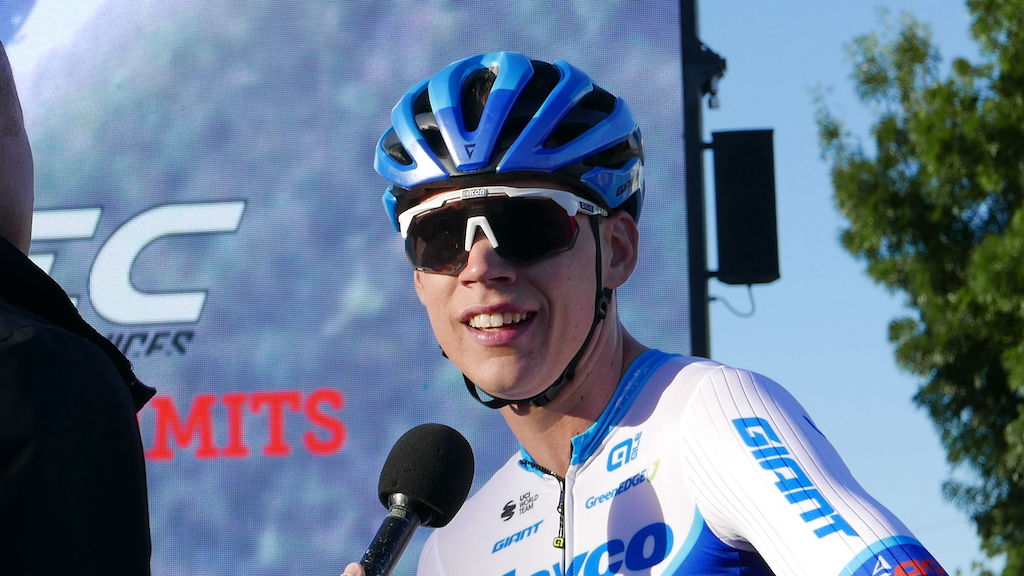 Kelland O’Brien delivered such a powerful lead out for Jayco AlUla teammate Blake Quick that he rode himself into green and gold jersey of the Australian criterium champion in Ballarat on Friday.

“I still can’t believe I crossed the finish line first,” O’Brien said straight after stepping off the podium to collect his green and gold striped jersey. “It was all in for Blake and I took it up in the back straight so I had a good 30, 40 seconds in my legs before I opened up my sprint. I took the bottom corner nice and slow and just started up my acceleration really really slow out of the corner and the tailwind helped I guess.”

The one-two placing – the second in a row for the team at the AusCycling Road National Championships after Amber Pate and Alex Manly claimed the top two steps for the elite women – came from a lead group of nine after they stretched out the gap so far that it was race over for the rest of the field, which was pulled from the race after sprinting for tenth to let the break have a clear run in the final laps.

That left the closely watched three-time elite criterium winner Caleb Ewan out of the running as he missed the break and couldn’t haul himself over once he realised how dangerous a group it was.

Taj Jones (Israel Premier Tech) took the final podium spot from the break while Jensen Plowright (Alpecin Deceuninck) took the sprint for 10th that took place among the main group before it was pulled, with a three-lap warning, to give the break a clear run into the final laps.

The elite men’s criterium, 40 laps of the 1.1km Sturt St course, marked the opening men’s event in the National Championships, with the elite road races set to play out on a hot Sunday of racing while the time trials have been shifted from event starter to finale instead. Both the elite men’s and women’s titles in the races against the clock will be decided on Tuesday January 10.