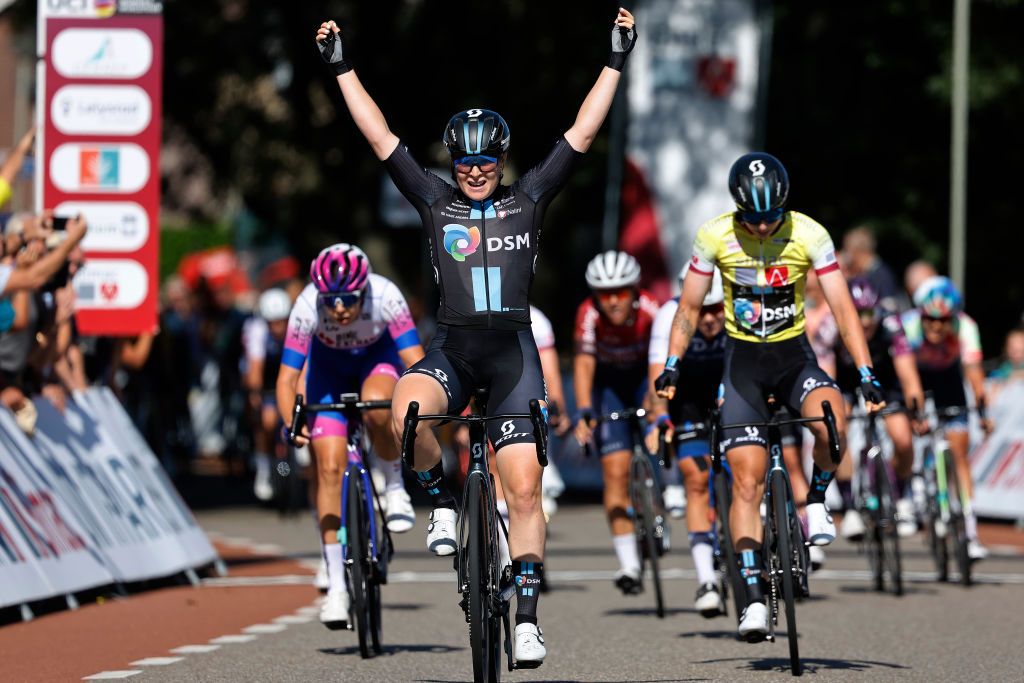 The surprise departure of Lorena Wiebes has created an opportunity for Charlotte Kool to step up as the lead sprinter at Team DSM in 2023.

Replacing the fastest sprinter in the women’s peloton will be a challenge, but Kool has proven herself to be one of the most exciting up-and-coming sprinters in the Women’s WorldTour. At just 23 years old, and given the time and support to continue her development, she has a bright future in the sport.

Kool started her career with the development team NXTG Racing and excelled during the 2020 and 2021 seasons, securing her first big contract with Team DSM in 2022. In her first season with Team DSM, she was invaluable to the team’s sprint lineup and often switched between roles as Wiebes’ primary lead-out and the out-right sprint leader in many of the biggest races.

Her top performances included victories in GP Eco-Struct and a stage at the Simac Ladies Tour, where she received a winning move from Wiebes, who was wearing the overall race leader’s jersey.

Wiebes later stated that her decision to make the surprise switch to lead-out role for Kool at the Simac Ladies Tour was to say ‘thank you’ for all the support she had given her during the 2022 season.

“We had a very nice season together, and I think it is a nice step for Charlotte to sprint next year,” Wiebes said.

Wiebes joined Team DSM, as Team Sunweb, partway through the 2020 season. This year alone, she has secured 23 victories, and Kool has been a big part of that success. It was revealed during the Tour de France Femmes in July that Wiebes would break her contract with Team DSM and join SD Worx beginning in 2023 through 2025.

As of next year, Wiebes and Kool will face each other in the sprints as competitors. Although the team have also lost Leah Kirchmann (retirement) and Liane Lippert and Floortje Mackaij (both to Movistar), Kool will still have a powerful team to support her ambitions in the sprints with Franziska Koch, Pfeiffer Georgi and Megan Jastrab.

Kool has proven that, even without Wiebes, she can contest some of the biggest sprints. In 2022, she was given the lead sprinter’s role for Team DSM at the Giro d’Italia Donne, where she finished on the podium in three stages and only lost to the likes of Elisa Balsamo (Trek-Segafredo) and Marianne Vos (Jumbo-Visma).