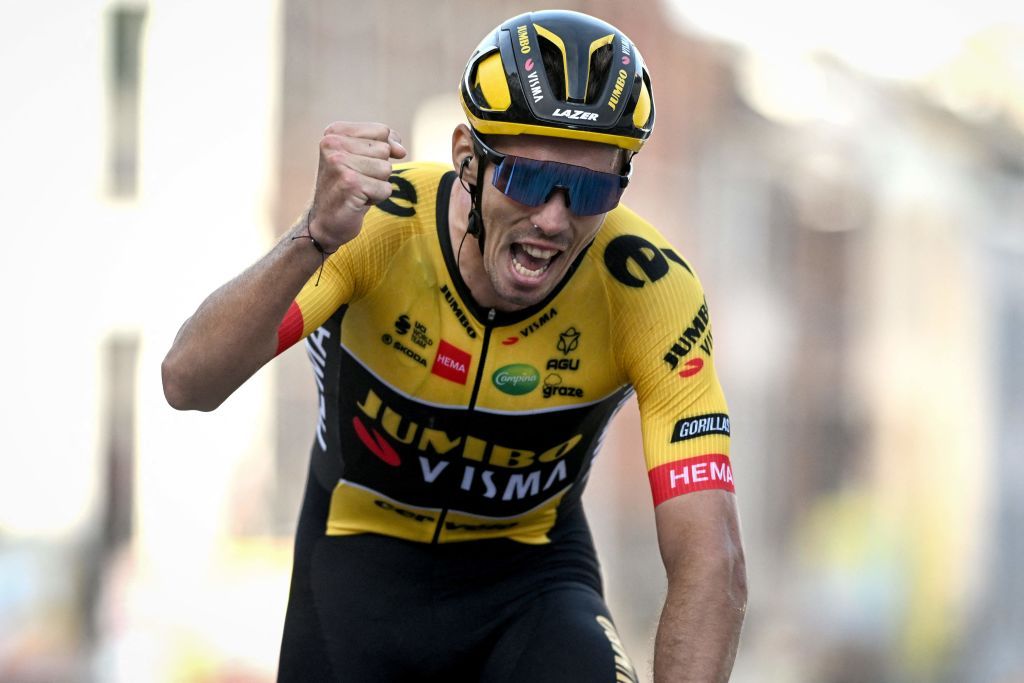 Jumbo-Visma men’s team will celebrate their hugely-successful season when they hold their team presentation in Amsterdam on Thursday, their outstanding year confirmed by topping the UCI team rankings in 2022 and winning 48 races.

Jonas Vingegaard will be celebrated as their first Tour de France winner, Wout van Aert, the natural leader of the Classics squad, won the green points jersey, while Primož Roglič represents the team’s leader in resilience and determination.

They are the headline indicators of Jumbo-Visma’s success but there are also others. The transformation of Christophe Laporte, the development of young sprinter Olav Kooij and Tobias Foss’ surprise time trial world title all offer another yardstick, highlighting how Jumbo-Visma helps its riders improve way beyond their previous best.

Laporte had shown flashes of his talent and ambition during his eight years at Cofidis. He won a number of races, including the 2018 Tro Bro Leon, confirming he clearly had a fast finish and ability in the Classics.

He was a valued rider at Cofidis but also clearly under performed despite being personally ambitious.

“At the start of the year, I didn’t speak English and for sure I didn’t expect all this success but now I’m very happy I joined Jumbo-Visma,” Laporte tells Cyclingnews and Velonews, his English having improved as much as his results in his first season.

“I came to this team to be better. I made a lot more sacrifices, did more training camps away from home, improved my nutrition and lots more. It was a big step up but everything worked out well.”

Laporte started on his steep learning curve when he first pulled on Jumbo-Visma’s jersey but the results came immediately.

At Paris-Nice he lead home Roglič and Van Aert after their stunning three-rider late attack. In the Classics, he finished finished arm in arm with Van Aert as they dominated E3 Saxo Bank Classic and then he was only beaten by Biniam Girmay at Gent-Wevelgem. At the Tour de France, Laporte won the sprint in Cahors on stage 20 after riding for Vingegaard all race. Then at the World Championships, he took his new-found ability to the French national team and beat Michael Matthews (Australia) and Van Aert (Belgium) to win the sprint for the silver medal behind Remco Evenepoel (Belgium).

During 2021, when Jumbo-Visma was scouting for riders to bolster their Classics squad and give Van Aert more support in the big moments of the biggest one-day races, Laporte was…