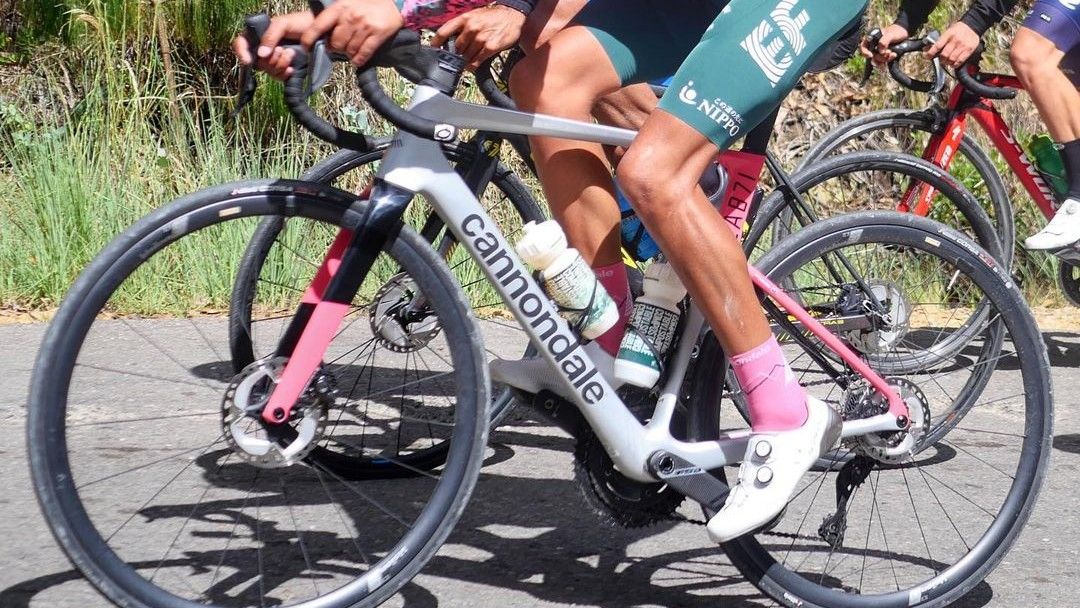 What appeared to be a new Cannondale race bike was spotted on Twitter (opens in new tab) just before Christmas. The next generation of the SuperSix Evo was videoed being ridden by new EF Education-EasyPost (opens in new tab) rider Andrey Amador, still in the kit of his former Ineos Grenadiers team.

Since then more images have been leaked, with the bike also ridden by EF’s Colombian Diego Camargo, and we’ve been able to get a much closer look at the bike – enough to posit that this is indeed the new Cannondale SuperSix Evo 4 and that the team clearly plans to use it from the start of the 2023 racing season.

Most obviously, since it is very similar to the SuperSix Evo 3 (opens in new tab), this new model has to be its replacement rather than an extra bike at the team’s disposal – and as most Cannondale spotters will know, the SuperSix Evo is due a refresh.

Brands tend to refresh models from anywhere between three and five years. The current SuperSix Evo was launched in the summer of 2019 and although that’s just three and a half years ago, it fits into that time frame.

We predicted in our January Tech of the Month video (opens in new tab) a new SuperSix would be launched at the Tour de France, taking it to the whole four years, but clearly both Cannondale and EF have wanted to roll out the bike for the start of a brand new season.

And that’s probably why a new signing such as Amador has been given the new bike from the start rather than fitting him to the outgoing version to ride briefly for winter training camps before moving onto the new one.

So, while the current generation and this new model do share a lot of similarities there are still some significant differences.

From the front, the new SuperSix Evo has a much cleaner head tube. It has lost the D-shaped hole in the front down which cables and hoses disappeared. Cannondale has redesigned the routing so that it’s now totally internal.

You can see in the above picture of Neilson Powless’s 2022 Tour de France SystemSix (opens in new tab), which uses the same arrangement, how an aftermarket cockpit such as the Vision Metron 6D left an unsightly and slightly impractical impression.

Additionally, the head tube’s shape has been redesigned with a more angular rear.

The other area that has received the most obvious reworking is the seat tube. Whereas before it was much more, well, tube like, now it flattens considerably below the…