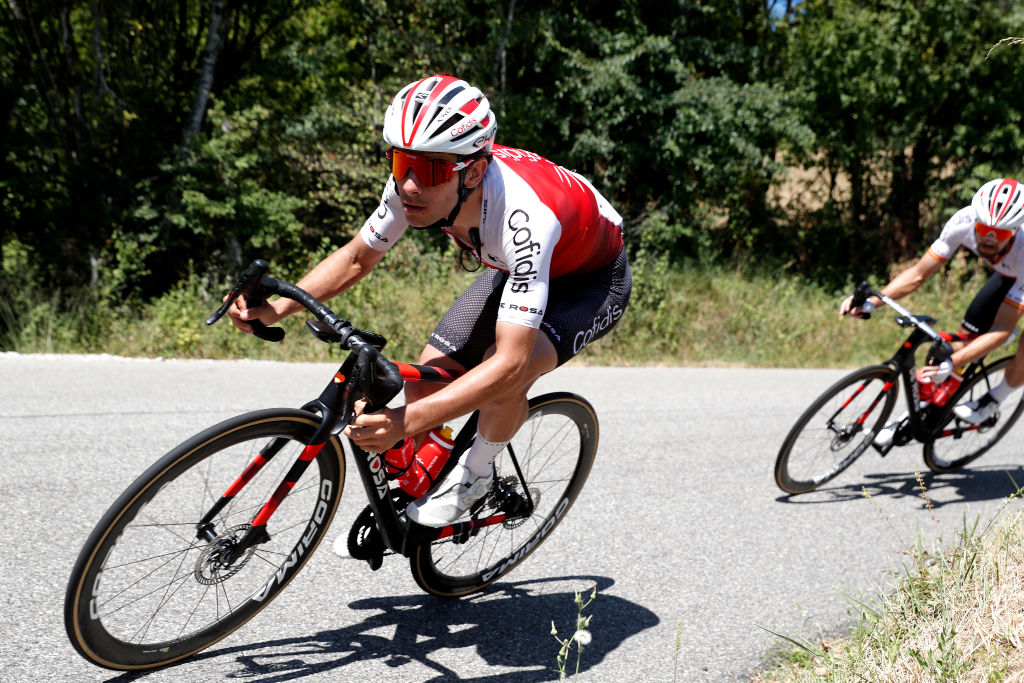 After taking on his Giro d’Italia debut last season, Guillaume Martin will make the Tour de France his sole Grand Tour focus in 2023, with the Cofidis rider encouraged by the tough start to the race in the Basque Country and the Pyrenees.

Martin was forced to abandon last year’s Tour after testing positive for COVID-19 at the end of the first week. The Frenchman’s best Tour finish remains his 8th place in 2021, which ironically came after he had entered the race determined to chase stage victories rather than the overall standings.

“I can’t not aim for the general classification of the Tour de France, it’s in my DNA,” Martin told Cyclismactu (opens in new tab) of his 2023 Tour ambitions.

Martin was speaking at the Cofidis team presentation in Paris on Friday, where he revealed that he would follow a slightly lighter race programme in 2023. He will begin his season at the Challenge Mallorca in late January, before tackling the Faun-Ardèche Classic and Drome Classic in late February ahead of his first major target, Tirreno-Adriatico.

“I wanted to do a little bit less, even if it’s not in my nature to hold myself back. This should allow me to better focus on the Tour de France,” Martin told RMC Sport (opens in new tab). “I still have a heavy start to the season, but with recovery phases that are a little longer than in the past and with more focused objectives.”

Last year, Martin raced early and often, placing third at the Tour des Alpes Maritimes et du Var, second at the Drome Classic and eighth at the Volta a Catalunya, before placing 14th overall at the Giro.

After COVID-19 ruined his Tour, Martin returned for a busy slate of late-season racing, picking up overall victory at the Tour de l’Ain and performing consistently in the Italian Classics to end the year with his highest haul of UCI points to date.

“I am a fairly consistent rider, I ride full seasons from the end of January to mid-October,” Martin said. “I think that’s quite noble, it’s also a sign of respect for those who organize races, but it’s also sure that this regularity can sometimes be a handicap to go for really high peak forms.”

Asked what would constitute a successful 2023, Martin said: “Since the beginning of my career I’ve had good results, but I’m missing a big breakthrough and a victory at the World Tour level. I think I have what it takes, so it’s time to make it happen.”