Lotte Kopecky: I don’t dare to say ‘I want to win Paris-Roubaix’ 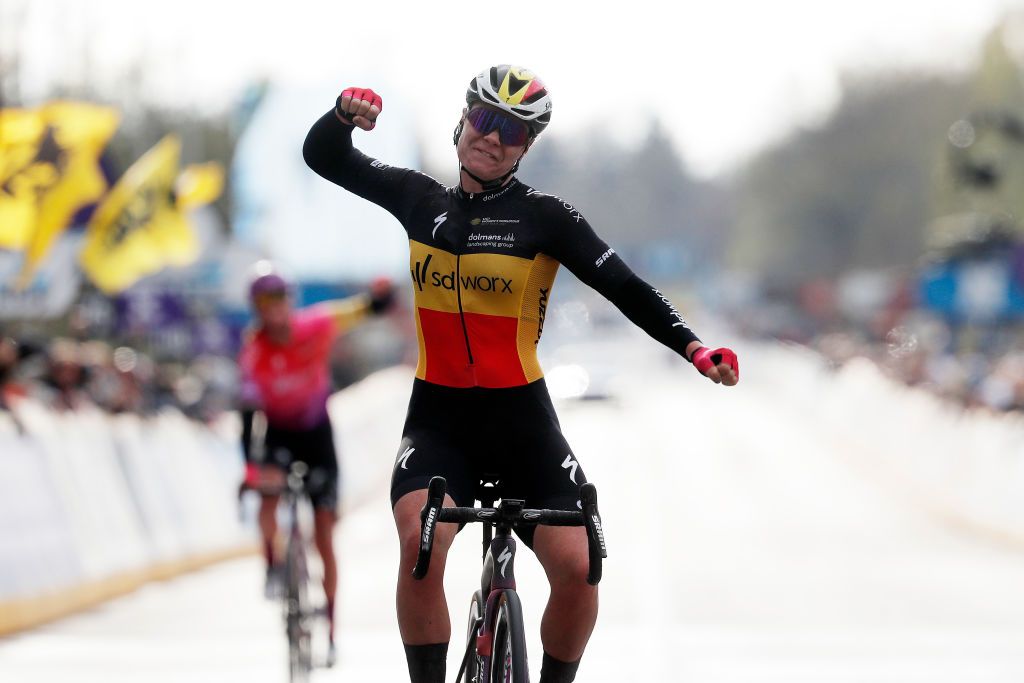 Lotte Kopecky has one thing on Eddy Merckx, Tom Boonen and Wout van Aert: She won the Tour of Flanders while wearing the jersey of Belgian national champion. It’s a feat most recently claimed by Philippe Gilbert in 2017 and Stijn Devolder in 2008 and the kind of thing that whips the cycling-mad nation into a frenzy.

Kopecky, 27, speaking at the training camp of her new SD Worx team, plays down the impact has had on her career.

Although she is no longer the Belgian champion, having lost the title to Kim De Baat last year, Kopecky will be targeting the Tour of Flanders again this year. Paris-Roubaix is another key race, but she is afraid to put too much emphasis on it.

“I dream of winning Paris-Roubaix, but it’s so hard to target this race because there’s so much luck involved,” she says. “I don’t dare to say ‘I want to win Paris-Roubaix’ – I just want to be good in the period from Tour of Flanders to the Amstel Gold Race. These are three very nice races, and I think if you have the good shape in Flanders, then you’d also have it for Paris-Roubaix, and in Amstel, it will give you a lot of opportunities.”

The victory in Tour of Flanders was spectacular but it also finally confirmed Kopecky as a Classics star after years of podiums in major classics on home soil. But that wasn’t the only special moment of 2022. Winning Strade Bianche the month before, she says, is what transformed her into a Classics champion.

It’s a status that has gotten her more notice in her home country but has a greater meaning for women’s cycling, which has lagged farther behind men’s cycling than in some other countries.

“It was very big in Belgium. I can feel from fans that they all have seen it,” Kopecky says.

“I have a lot more fans since this win and also for Belgium, it’s really important because women’s cycling is really growing.

“If it was only the Netherlands and Italy and other countries that are winning big races, then for sure it will not be so popular in Belgium. I think winning a race like Flanders as a Belgian has a very big impact also on [women’s cycling] popularity in Belgium.”

Kopecky has already enjoyed her fair share of fame as a four-time world champion on the track and with a near-miss on an Olympic medal in Tokyo, so being recognized is not a big deal.