Louisville lauds return of US Cyclocross Nationals in 2023 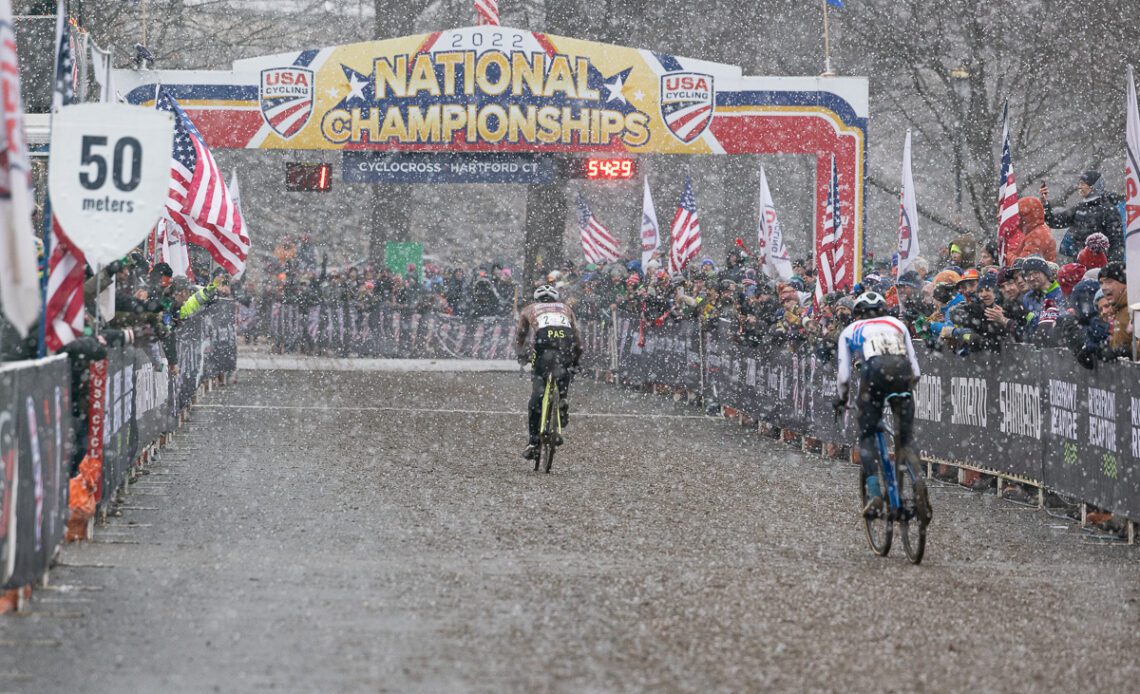 The USA Cycling Cyclocross National Championships will take place for a second time in Louisville, Kentucky next season, returning to Joe Creason Park for the first time since 2018. USA Cycling confirmed dates and venues for 11 of its upcoming national championship events, making the announcement after a second return for ‘cross nationals in five years to Riverside Park in Hartford, Connecticut.

The weather conditions for the elite races on Sunday in Hartford for the 2022 Championships were similar to the wintry setting from 2017, with heavy snow showering Clara Honsinger (EF Education-TIBCO-SVB) for her third consecutive elite women’s victory and Curtis White (Steve Tilford Foundation) for his first-ever elite men’s title. White had taken three consecutive silver medals in the elite men’s race, the first time in Louisville in 2018.

“Louisville is very committed to the sport of cycling at the highest level. We’re excited to host the 2023 Cyclocross Nationals and hope for some of these epic conditions [snow] at Joe Creason Park,” said Greg Fante, vice president of sports development for the Louisville Sports Commission.

Louisville hosted the UCI World BMX Championships in 2001 and the UCI Cyclo-cross World Championships in 2013. The BMX events were held indoors at the Kentucky State Fair and the Freedom Hall while the cyclocross races, hosted in the US for the first time, were staged at Eva Bandman Park.

Fante said the Eva Bandman Park venue was no longer a viable option because of rising floodwaters in 2013. Since Eva Bandman is located along the Ohio River, concerns about water on the course forced the UCI to compact its race schedule to hold all of the races in a single day on Saturday. That proved prudent, as the Ohio River spilled its banks and left most of the course underwater on Sunday.

”You get one pass with a flood, so we’re not going to take that chance again. We have proven we have an excellent course at Joe Creason. We appreciate the partnership with USA Cycling,” Fante added.

The cyclocross races will return to the venue used for nationals in 2018, where heavy rains created epic mud conditions that year that left city officials unhappy with significant damage to the meadows section of Joe Creason Park.

Also on the replay list for USA Cycling is a sixth trip to Knoxville, Tennessee for the US Pro Road Nationals, June 22-25. The 2023 dates complete the final year in a seven-year agreement, with racing halted in 2020 due to the…