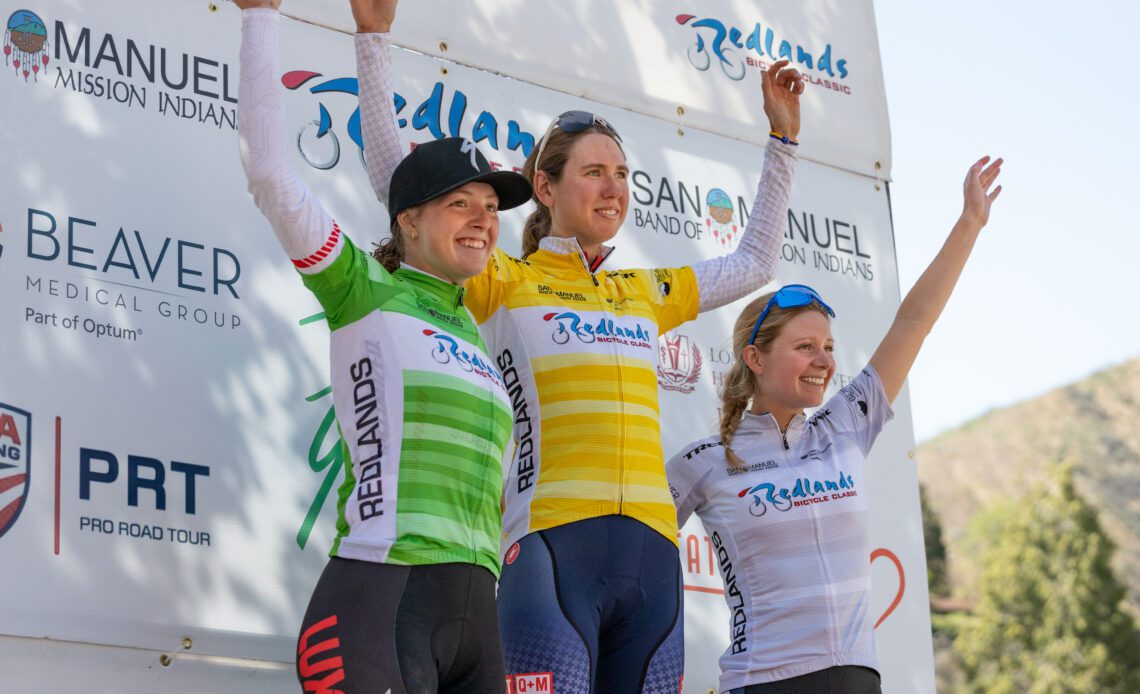 The United States gained another UCI team for the 2023 season after the Texas women’s development team Roxo Racing opted to seek Continental status for 2023 with an eye on joining the Women’s WorldTour in the future.

Emily Marcolini, winner of stages in the Redlands Classic and Tour of the Gila this season is one of 10 riders named to the outfit directed by Chann McRae, a former director for Slipstream’s development team. Marcolini won the ‘Gila Monster’ mountain stage at Tour of the Gila, confirming her talents as a climber.

Gravel racers Haley Smith and Emily Newsom are also on board. Smith won the overall Life Time Series, while Newsom, who raced with EF Education-TIBCO-SVB, won Gravel Locos in 2021 and is chasing an elusive victory in Unbound next year.

Ariane Bonhomme, 27, a former Canadian champion who races on the track and road will also join the team with a title at the Canadian road national championships a major goal along with making Canada’s team for the 2024 Olympic Games. “If I win the elite road race title it would make me the first female rider in Canada to win the road race title in junior, U23 and elite categories; I plan to do so,” Bonhomme said.

Mexican Victoria Velasco, 20, will combine representing her country in track races and racing road with Roxo in 2023. Her compatriot Romina Hinojsa, 19, and

“Roxo Racing was formed with the intent to build a Fort Worth-based women’s Professional Cycling team from which we find and empower the most talented women in the sport,” J.W. Wilson, President of Roxo Energy, explained in a press release. “Throw directors Chann McRae and Scott Warren in the mix and I think you see us on many podiums next season.”

Roxo Racing will target an American schedule, and intend to race the new National Cycling League, criteriums, and stage races like Tour of the Gila and Joe Martin along with gravel races and endurance mountain bike events.