Mark Cavendish fails to lure coach away from QuickStep 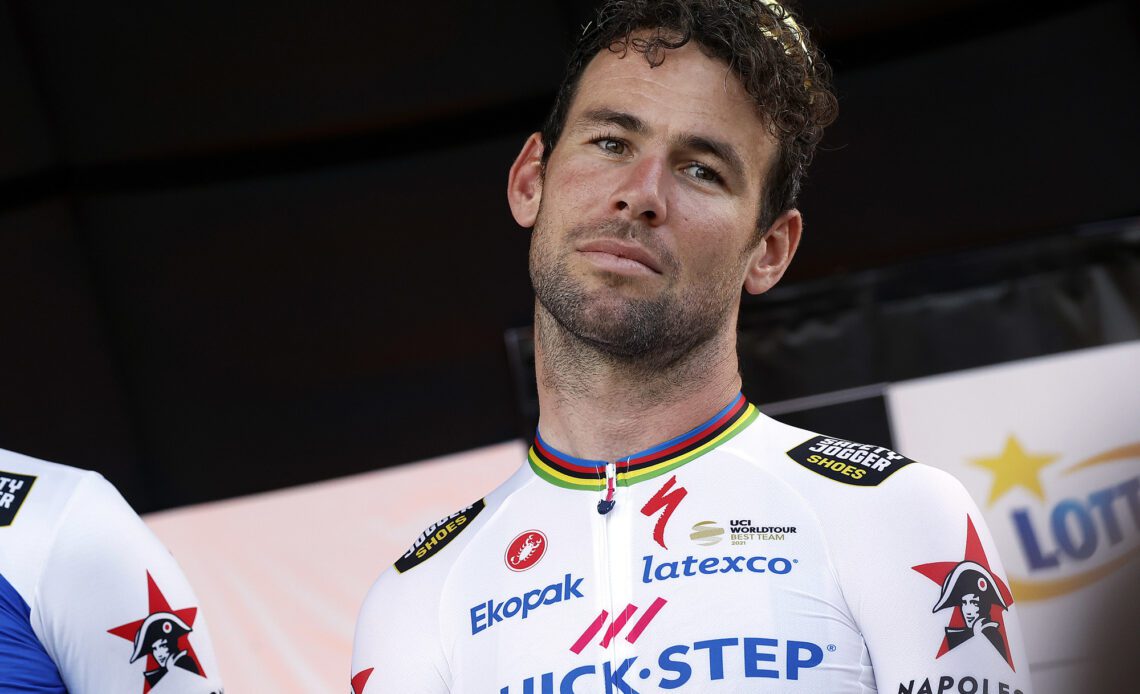 Mark Cavendish has been unsuccessful in his attempt to lure his former coach away from Soudal-QuickStep.

The British sprinter started working with Vasilis Anastopoulos upon his return to QuickStep in 2021 and dramatically revived his career, going from three barren seasons to winning four stages at the Tour de France to tie Eddy Merckx for the all-time record of 34 stage wins.

Cavendish has left QuickStep after the 2022 season and is officially without a team, after first planning to join the now-defunct B&B Hotels team before recently agreeing a deal with Astana-Qazaqstan, which has yet to be finalised.

Cyclingnews understands that Cavendish wanted to keep Anastopoulos in his corner in 2023, such was the faith he developed in the Greek coach. Conversations took place and, with Anastopoulos interested, developed to looking at incorporating him into Astana’s coaching staff prior to the new year.

However, despite appearing advanced, the move broke down and Anastopoulos will now remain with Soudal-QuickStep in 2023.

The team confirmed that the Greek is part of their full-time staff in 2023 at a team presentation event in Belgium on Friday, where Anastopoulos was absent but still introduced as part of the team.

It will come as a disappointment for Cavendish, who has waxed lyrical about the influence of Anastopoulos in the past two years.

“I wish I’d met him 10 years ago,” the Manxman said in an interview with Procycling magazine at the end of 2021. “He’s doing every pedal rev with me. He’s invested, so passionate […] He gets so much out of me.”

Likewise the strength of the relationship with highlighted by Anastopoulos himself in The Telegraph in 2021: “He’s not just my rider anymore. He’s my friend. He’s almost part of my family.”

Cavendish did not race the Tour de France in 2022 but won five races, including a stage of the Giro d’Italia and the British national title. He is looking to take the outright Tour de France stage win record as the final act of his career and, after agreeing to spearhead an expanded B&B Hotels project that ultimately collapsed, he has apparently found a home at Astana.

The move has yet to be formally completed but a provisional deal was struck in mid-December and Cavendish since joined the team in Spain at the end of their training camp.