Mark Cavendish finally has a team for 2023 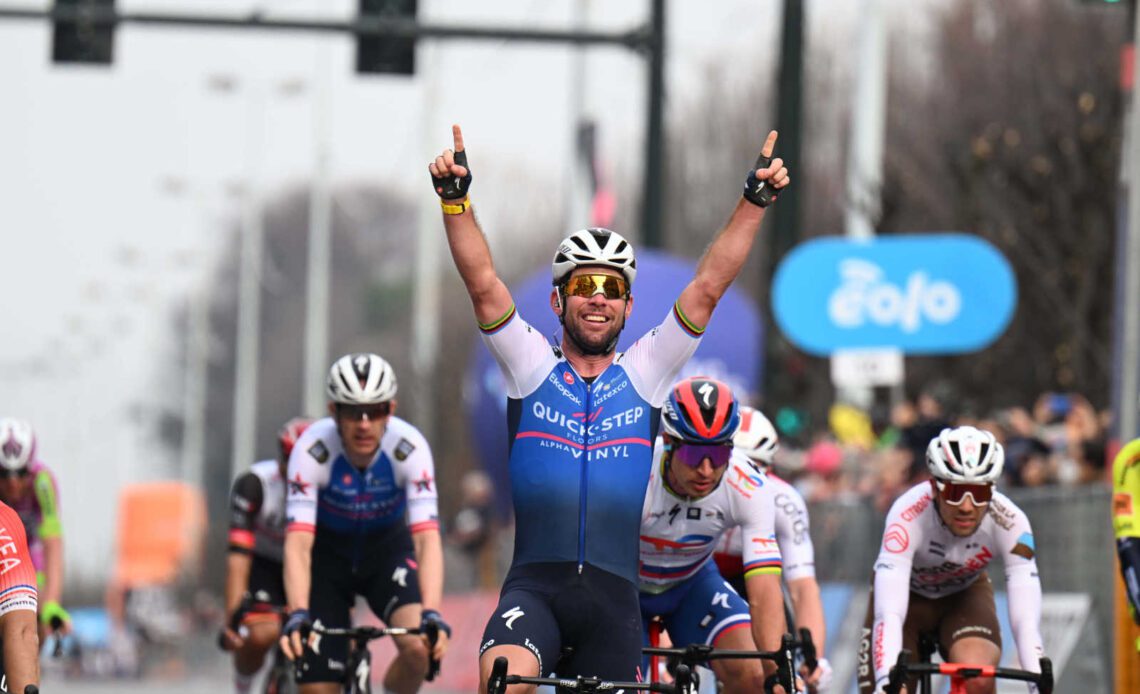 After a tumultuous fall, Mark Cavendish finally has a team. Rumors have linked the Isle of Man rider to basically every squad in the peloton at this point, even including Human Powered Health. But it appears that Cav finally found a match in Astana-Qazaqstan. According to Gazetta dello Sport, the contracts are signed and and Cav is already on his way to the Astana training camp in Calpe, Spain.

A spot on Astana will be a huge relieve for Cav as it opens up a path back to the Tour de France. After the dramatic collapse of his B&B Hotel squad, it looked like Cav might not find a spot on a team that would be guaranteed a spot at the Grand Tour. That means he will have a chance to try break Eddy Merckx record of 34 Tour de France stage wins, to the relief of fans around the world. The two legends of cycling are currently tied for the record.

Astana also appears to have signed Cees Bol. The 27-year-old Dutch sprinter would be a huge asset in 37-year-old Cav’s quest for one more Tour stage win.