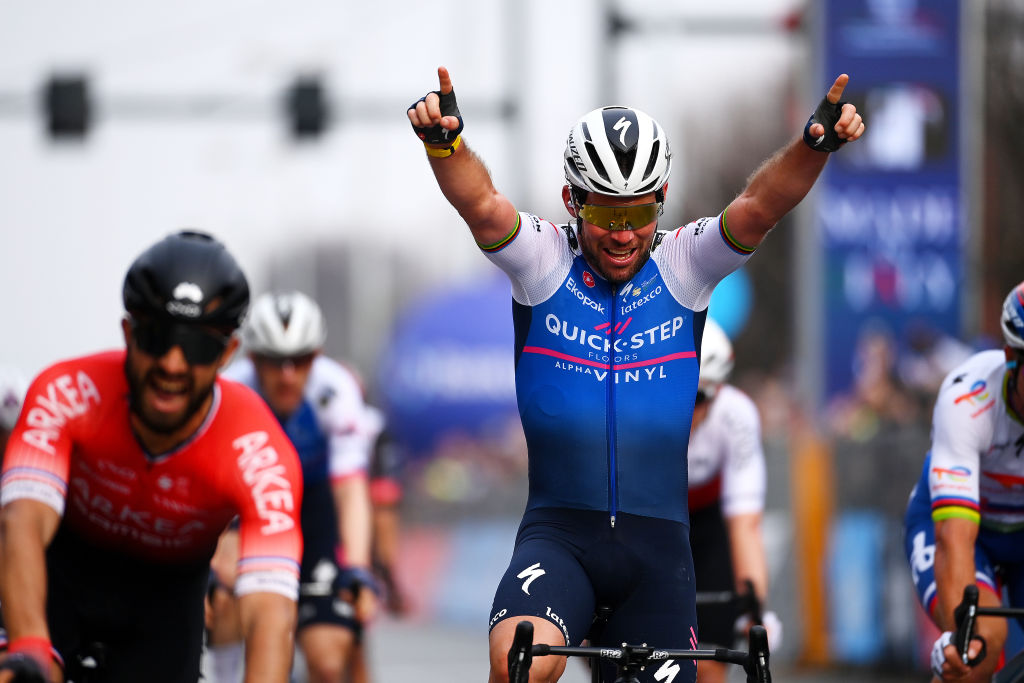 Mark Cavendish has officially found a team for 2023 in Astana Qazaqstan, La Gazzetta dello Sport reported on Sunday. Cyclingnews were first to learn that manager Alexandre Vinokourov was interested in signing the Manxman, 38, who is one win away from breaking Eddy Merckx long-standing Tour de France record of 34 stage wins.

The Astana team would not confirm the report when asked by Cyclingnews.

According to the Italian outlet, Cavendish is heading to Calpe, Spain to join Astana at their team camp and will be getting his new Wilier Triestina team bike on Monday.

Thus the long saga of where will Cavendish race in 2023 has apparently ended, although until the team makes it public, nothing is certain.

Cavendish made a stunning comeback in 2021 after years of illness and injury, inking a last-minute one-year deal with Deceuninck-QuickStep. He won four stages of the Tour de France and the green jersey in the first year after being a late addition to the squad for the injured Sam Bennett.

But Cavendish was left off QuickStep’s team for the Tour de France in 2022 as they sought to give Dutch sprinter Fabio Jakobsen experience in the sport’s marquee event. It then became clear the team would not extend his contract for 2023 but he expressed interest in continuing to race another two seasons.

He was linked with the B&B Hotels-KTM team but when manager Jérôme Pineau could not secure the necessary sponsorship to support the increased profile of a team with Cavendish, the project collapsed.

Vinokourov told Cyclingnews this week that when he heard about the French team falling apart, he immediately reached out to Cavendish.

La Gazzetta dello Sport also reported that Cees Bol from Team DSM – winner of Nokere Koerse and stages of Paris-Nice and Tour of Britain – signed with the Astana team. Bol was also linked with the B&B Hotels team for 2023.

However, Astana’s roster was at 29 and the maximum of 30 riders would preclude them signing both riders unless one of their number opts to retire – or get sacked, as in the case of Miguel Angel López, whose firing conveniently opened up a slot and enough budget to bring on Cavendish.