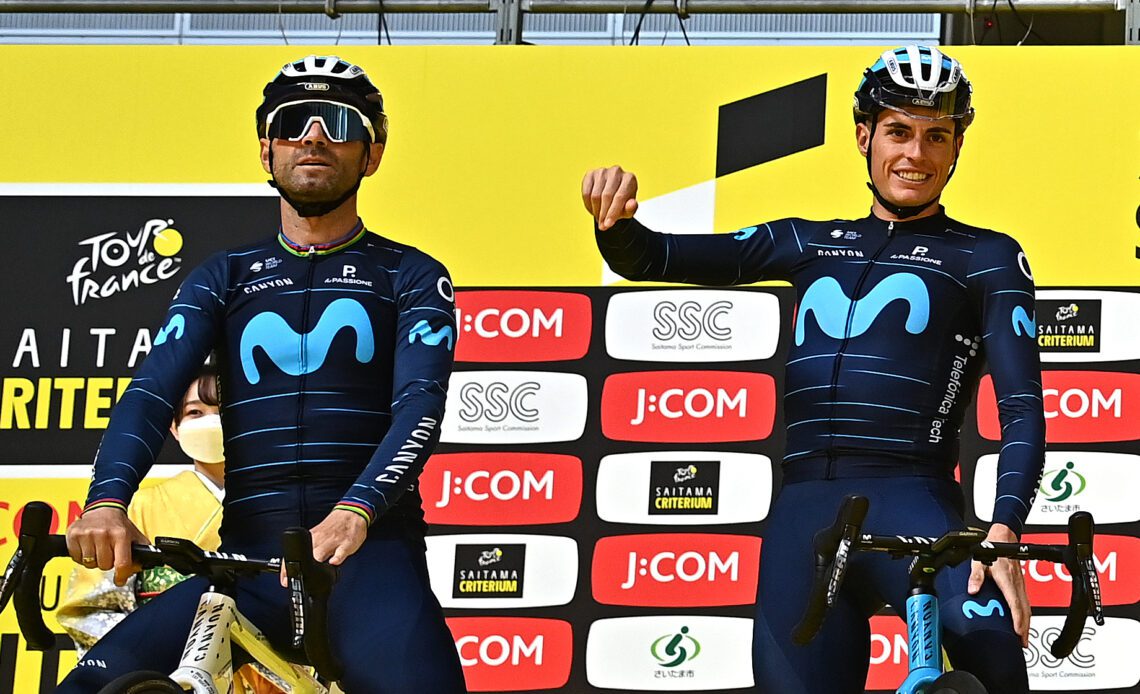 It seemed like the sun would never set, but a new dawn is finally here; life without Alejandro Valverde has just begun for Movistar.

For the best part of two decades, ‘El Bala’ carried the torch for the Spanish team. For the best part of a decade, he defied his advancing years and continued to win at an extraordinary rate and level. Even in the past couple of years, as Valverde entered his 40s and his hit rate started to dry up, he still stood above the rest of the squad.

Despite a slump in the pandemic year of 2020, he was the team’s top scorer of rankings points in the past two seasons – particularly useful since Movistar were staring down the barrel of relegation this summer.

But Valverde, despite appearing in scintillating form at the back end of 2022, is finally done with professional cycling. He’s not done with the team, taking up a fluid role in which he’s supposedly spending time with the riders, and by all accounts still giving them a run for their money in training. But he’s definitely done with racing and that’s something Movistar need to come to terms with.

It’s not like the Mallorcan is stepping out of the shadows – he has in fact been plugging gaps in the Movistar ship since he arrived in 2020, just as Nairo Quintana, Mikel Landa, and Richard Carapaz were heading for the exit. But the retirement of the evergreen Valverde leaves him more exposed than ever. With no real star quality coming in – apart from a Fernando Gaviria with question marks hanging over him – Mas heads into 2023 shouldering a huge amount of responsibility.

There is, however, reason to suggest he can handle it, even if he appeared to struggle with the pressure in his first couple of seasons at Movistar. Considering the little impact he had on major races in those first two years, Mas’ results were surprisingly strong. In 2020 he was fifth in both the Tour de France and Vuelta a España, and even ended his first year as Movistar’s top points scorer.

In 2021 he was back on a Grand Tour podium for the first time since his 2018 breakthrough, finishing runner-up at the Vuelta a España, and just behind Valverde in the points-scoring charts.

In 2022, though, something seemed to click properly into place, but not before it looked like it might fall apart. A string of crashes in the spring and early summer led to a nightmare Tour de France in which Mas developed a mental block and effectively lost the ability to descend. In an interview with Cyclingnews…