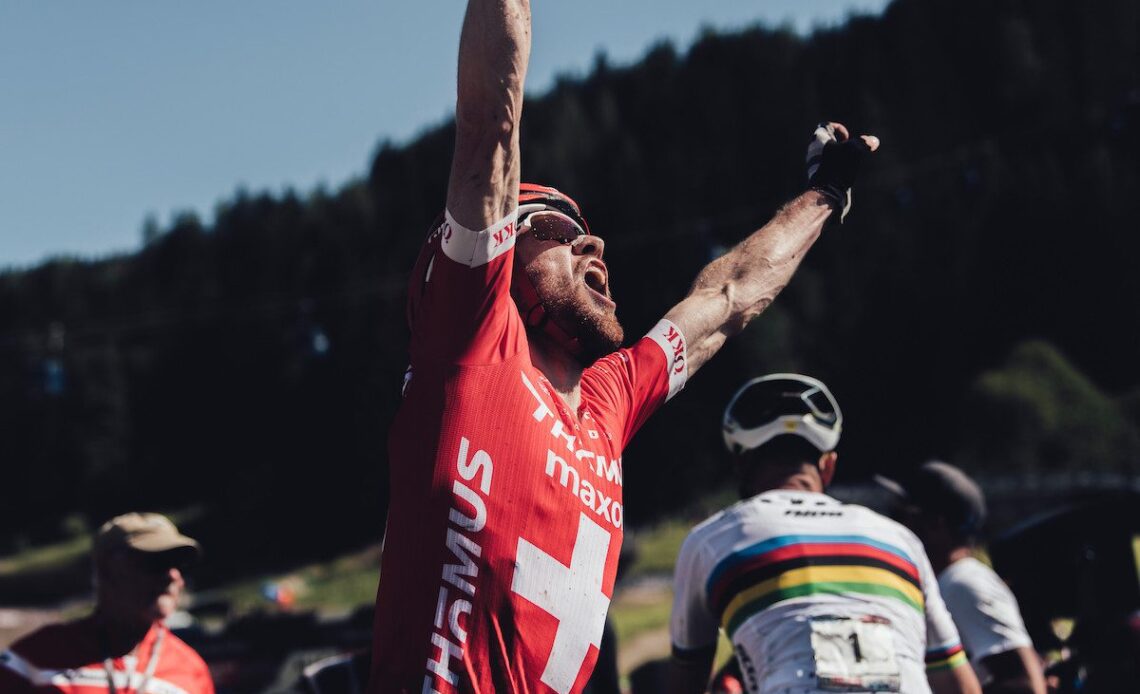 Nearly five months after his provisional suspension for doping, Mathias Flückiger took a major step towards clearing his name and getting his career back on track.

“The Swiss Olympic (DK) disciplinary body decided that the atypical Zeranol test result should not be counted as a positive doping sample,” Flückiger announced on his website and Instagram.

“My provisional ban, which never should have been pronounced, has finally been lifted,” Flückiger said, adding “The last four months have been the most difficult months of my life.”

With the announcement, Flückiger is starting to put his career back together. He is being welcomed back to his team and planning the 2023 season.

“We are delighted that Math is back. He is a key performer and good friend,” Thomus Maxon team manager, Ralph Näf said in a statement on the team’s website announcing Flueckiger’s return to the team. He was suspended from the team when the initial adverse result was announced. “We are now planning the 2023 season together with enthusiasm. We hope for his complete rehabilitation soon.”

Flückiger’s name may be nearly cleared but, in the four months since the dramatic initial announcement of the adverse finding, much has happened.

The Thomus-Maxon rider was banned on the eve of European continental championships, making it a shocking and very public ban. The Swiss team immediately removed Flückiger from its squad.

He was also removed from the Swiss team at world championships, which followed one week later, where he was one of the favourites to win. Instead, Nino Schurter would go on to win. The two Swiss riders clashed publicly at, and after the Lenzerheide World Cup a few weeks prior.

Flückiger spent more than 100 days provisionally banned from competition. He missed continental and world championships as well as the final World Cup rounds. So, while the reversal of his temporary ban is a start towards clearing his name, the Swiss rider will have a long way to go to return to where he left off.

Closer, but not in the clear yet

Flückiger may be allowed to return to competition, but the case is not over yet. There could still be appeals to re-instate the ban by the Swiss authorities.