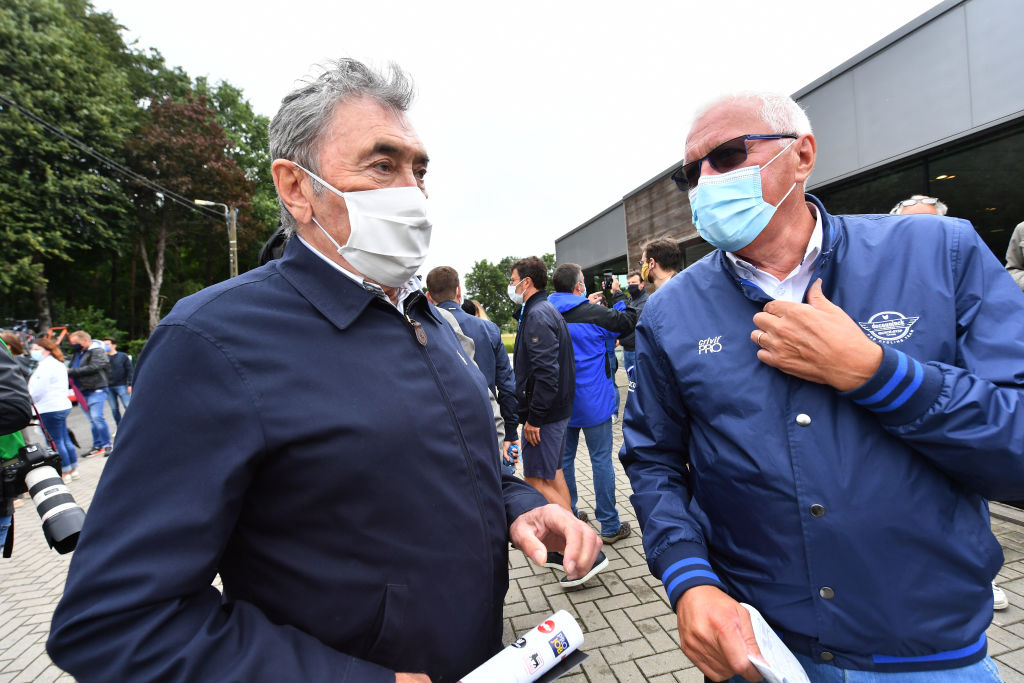 Evenepoel’s decision about whether to head for Italy or France next summer has apparently already been made, although the QuickStep-AlphaVinyl racer will only make it public next January.

The Giro d’Italia route next May includes 70 kilometres of time trialling, Evenepoel’s strongest suit, and far more than the 26 kilometres which featured in 2022. The Tour de France route for 2023 is due to be published on Thursday October 27th, and it is rumoured there will be a time trial in the Alps.

For Eddy Merckx, in any case, there is no doubt that Evenepoel should be rolling down the start ramp of the race’s stage 1 TT  in the Abruzzo region on Fossacesia next May 6th.

“He’s made a lot of progress in these last few months: Liège-Bastogne-Liège, the Vuelta, the World Championships. Now I’d advise him to do the Giro, it’s better for him at this point in his career,” Merckx recently told La Gazzetta dello Sport.

“Furthermore, the races in Italy are always special: nice places, the tifosi, the food…”

As for whether Evenepoel would be able to take a fresh, glittering success if he took part in the Giro, Merckx argued, “that depends on how strong the others are. But Evenepoel has proved in these last few months that he’s a champion.”

“He’s evolved: he’s won the Vuelta, a Grand Tour. And he did it by even attacking on the steepest slopes,” previously considered one of Evenepoel’s less strong suits.

However, Merckx warned that the Giro is a harder challenge than the 2022 Vuelta and that the mountains would often peak out at over 2,000 metres above sea level. In the Vuelta, there was only one climb, on stage 15 to Sierra Nevada, where the race either crossed a summit or finished higher than that.

“The weather will also be different, with the chance of snow and cold,” Merckx warned. “But Evenepoel will have to put himself to the test.”

“It’s the only way he will get to know his limits. You also learn from your defeats.”

Before riding the Tour himself, Merckx rode the Giro d’Italia three times in 1967, 1968 and 1969, with varying luck. The Giro was also where Merckx took his first-ever Grand Tour win, finally netting the Corsa Rosa a total of five times.