New Cannondale SuperSix: What do we know so far? 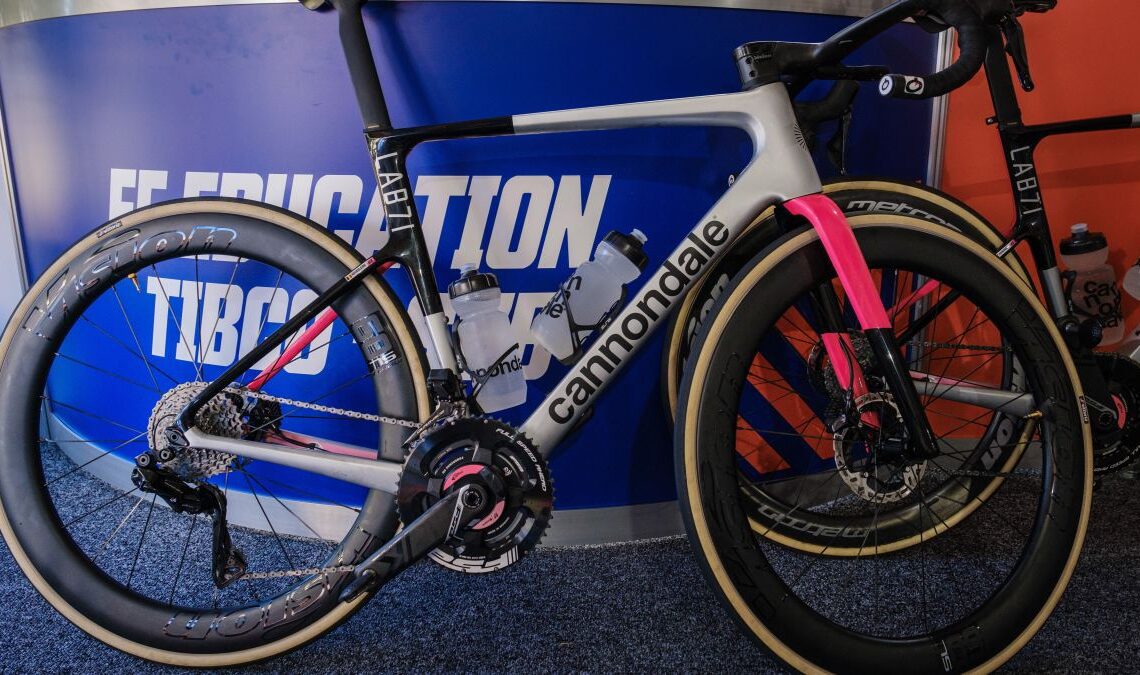 The new year is barely upon us and we’re already in the throes of new bike release fever. We’ve seen leaked shots of a new Cannondale and we’ve reached the point where we can say with certainty that it’s a new Cannondale SuperSix. While the Tour de France tends to get a great swathe of new bikes, the first race of the season, the Tour Down Under, has given us the opportunity to get up close and personal with this new bike, beyond what we’ve already been able to gather from spy shots, and pictures of the bikes from the launch of the new EF team kits.

Beyond the initial speculation, we’re ready to bring you everything we know about the new Cannondale SuperSix. We’ve interrogated all the images, pored over databases of UCI registered framesets, and got a fair idea of what “Lab 71” is all about.

What will the new Cannondale be called?

Upon interrogating the list of registered frames it appears we’re into a three-tier system. They will all be known as the Cannondale SuperSix. However, only two of the three will get the ‘Evo’ moniker.

The trio consists of the SuperSix Evo 4, the SuperSix Evo 4 SL (‘Superlight’, one presumes), and the SuperSix 4 Hi-Mod. The latter will be the very top-tier lightweight frameset utilising a higher modulus (read: stiffer) carbon allowing for a lighter frame weight.

How has the new Cannondale SuperSix’s frameset changed?

Thanks to shots taken by the Cyclingnews team on the ground at the Tour Down Under – before the road-bikes-only opening prologue of the Tour Down Under saw some highly modified bikes – we are able to peep the UCI Codes on both the frame and fork for both the EF teams as well as the women’s St Michel-Mavic-Auber93 team.

As you’d expect, the race bikes at the highest level of the sport that we can see here are the SuperSix Evo 4 Hi-Mod, as denoted by the ‘S6HM’ coding on the downtube.

Taking experience from bike ranges of the past, the differences between these framesets will likely be internal (lighter, stiffer carbon for the upper-tier models), and in the specs. The frame silhouette and geometry will likely be consistent throughout, though a slightly more aggressive geometry for the upper echelons is something we do occasionally see.

The new SuperSix Evo 4 framesets do bear a striking resemblance to the outgoing model, but with some big tweaks within the overall package. Firstly, the change that most…