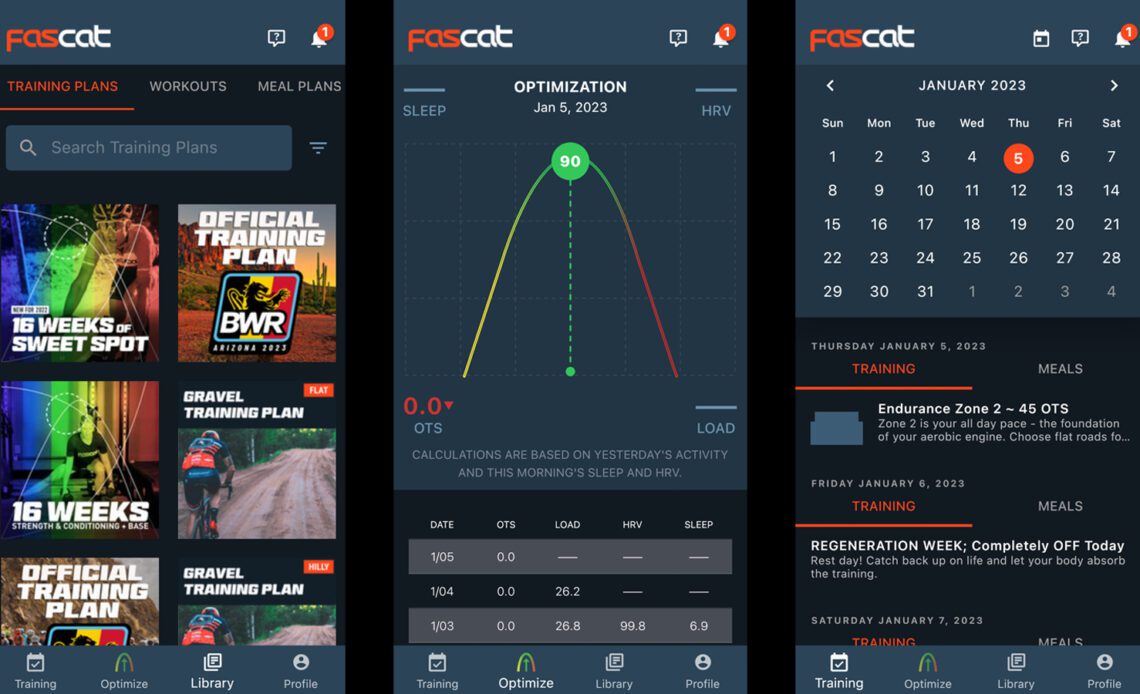 It’s well known that the adaptation to training stimulus only occurs during the subsequent rest and recovery period. Therefore if done correctly, combining training data with recovery data has the potential to revolutionize the way athletes train. However, despite recovery apps such as Whoop having been around for more than a decade already, the integration of this data with training platforms is still in its infantry. Training Peaks overlays the data into its PMC (Performance Management Chart), it has been suggested as a ‘coming soon’ feature by Wahoo Systm and considered by TrainerRoad as a possible future development.

However, now, little-known American cycling training company FasCat Coaching has an app that takes the data and turns it into a simple view that helps its users decide when to train and when to take it easy. It’s called FasCat, with the key feature being known as ‘Optimize’, and it is the brainchild of pioneering sports scientist Frank Overton.

Overton has been a cycling coach for 20 years. In the early 2000s, he worked alongside Dr Andrew Coggan to create terminology that is now commonly used worldwide, including the aforementioned PMC, as well as TSS (Training Stress Score) and others. In 2005, he invented – or perhaps more accurately, defined – Sweet Spot training, which involves training at the top of zone three, around 86-95% of FTP (Functional Threshold Power). He has previously worked with the USA Cycling national team and currently works with the Human Powered Health women’s team.

The FasCat app can be paired with data from Whoop and Oura, the leading products that track health metrics such as heart rate variability to assign a ‘Recovery’ score. We’re told Apple Watch support is in the pipeline too. It can also pair with Zwift, Wahoo, and Garmin to pull in training data from power meters or indoor trainers. The app then aggregates the data from both sides and calculates an ‘OTS’ or Optimized Training Score, as well as an ‘Optimization’ graphic that shows whether you are overtraining, training optimally, or could train harder. This takes the form of a needle on a dial, not unlike the rev counter on a car, and transitions from yellow (too easy) through green (optimal) into red (overtraining).

In an exclusive conversation with Cyclingnews, Overton confirmed that the app is already being put into practice in his position at Human Powered Health, and the actions and data it provides are being used to not only adjust the intensity of…